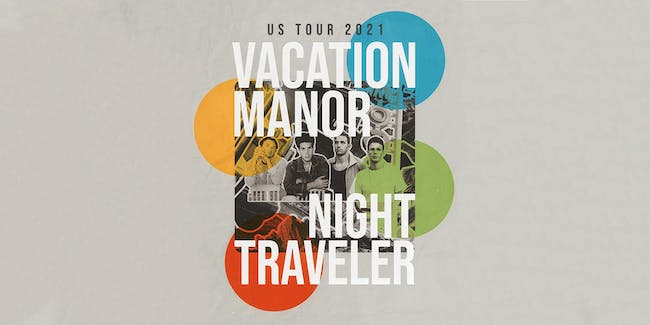 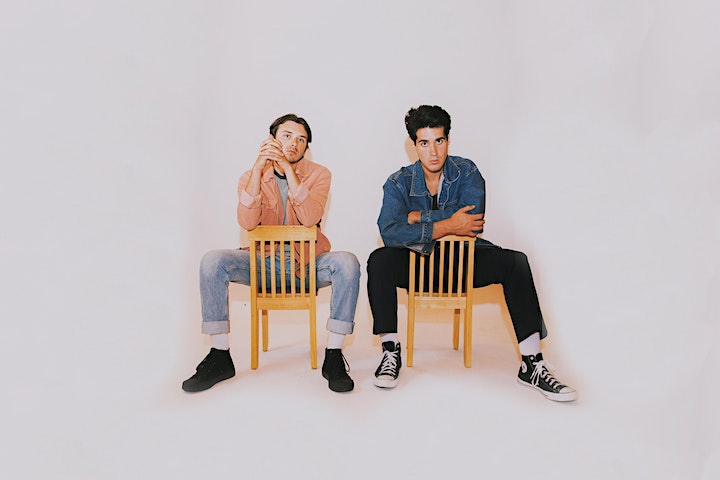 Much like photos, songs enable us to relive the most special moments of our lives. Thumbing through the pages of a scrapbook or scrolling through your phone resembles dropping the needle on your favorite record or scouring a playlist. In similar fashion, Vacation Manor crystallize those moments and memories in the echoes of shimmering guitars, glistening keys, upbeat sunny grooves, and iridescent melodies. On their 2021 self-titled full-length debut, Vacation Manor [Nettwerk], the Virginia duo—Nathan Towles [vocals, guitar] and Cole Young [drums]—stitch together shared and personal experiences in a patchwork of vibrant and vivid alternative anthems.

“To us, the album feels like looking at photos on your phone from the last few years,” says Nathan. “The music is very experiential. We believe songs are like lifeboats. You use them to get back to shore again. Once you’re there, the song is for whoever needs it next.”

Vacation Manor continue to sail those lifeboats back and forth. In 2016, they introduced themselves via the debut Girl, Say EP followed by Everything I Can’t Say Out Loud two years later. Racking up over 35 million streams, they continued to entrance and engage listeners. During 2020, they teased out the album with the Thoughts In Progress, Pt. 1 EP—comprising four songs from the upcoming full-length. Garnering critical acclaim, Atwood Magazine applauded it as “another installment of what Vacation Manor does best – creating songs laden with earworm lyrics and bright sounds.” Over the past two years, they carefully architected this body of work. Vacation Manor retreated to Joshua Tree to record with producer Charlie Stavish before making intermittent trips back and forth to Nashville from February 2020 through September 2020 where they worked with Kyle Cummings.

“All of these places and people gave the album different vibes,” Cole goes on. “It made it feel interesting, because there were a lot of peaks and valleys. Nathan and I had been quarantining together in Virginia, because we lived one street away from each other at the time. We would drive to Nashville, go to the studio, and head back to our hotel room. The Pandemic made everything a lot more intense. The good thing was there were no distractions.”

After setting the stage with Thoughts In Progress, Pt. 1, they shared the sunny and buoyant “Can’t Run Forever” before dropping the intimate piano-driven “Feel Something.” Opening up the world of Vacation Manor, the single “Parachute” drifts above a steady beat, nostalgic piano, and clean guitar as the vocals flutter from vulnerable verses into a high register hum.

“Lyrically, it’s about wanting to trust all the way in a relationship, but you’ve been disappointed so many times that you can’t,” Nathan elaborates. “You always keep an eye on the exit like, ‘I don’t know when I’m going to have to unexpectedly get out of here.’ It’s not a celebration of the feeling. Instead, I’m asking myself, ‘Why is this something I go through?’ The song is essentially the narrator’s struggle.”

The album culminates on the introspective melodic bliss of “Ending Credits.” The guitar glows in the background as the vocals reflect the warmth of Nathan’s delivery before he offers a fitting conclusion to this trip.

“I was trying to write something that wasn’t too directly about quarantine,” he says. “It was hard to avoid, because you can’t really go anywhere, and everything felt heavier all the time. I live on a street where there are always people running by because there’s an old college on the other side. It was weird for it to be springtime and not see anyone. There was a strange darkness to the moment, but the song has a sad sense of hope.”

“It’s a song you might listen to when you’re walking home alone from a bar at the end of the night,” adds Cole. “‘Ending Credits’ is really about missing normalcy. There are so many feelings inside of it.”

In the end, all of those feelings make Vacation Manor worth revisiting—much like your favorite photo album.

“If you listen to the whole record, I hope it’s like watching a movie you relate to,” Cole leaves off. “Even though we’ve been a band for so long, it encompasses our personal tastes and experiences.”

“It’s a culmination of the last seven years, because we started as a garage band and ended up making a record we’re really proud of,” Nathan agrees. “Every part of our collective personality was represented. I’m excited to relive all of the things that led us to make this. It’s Vacation Manor.” 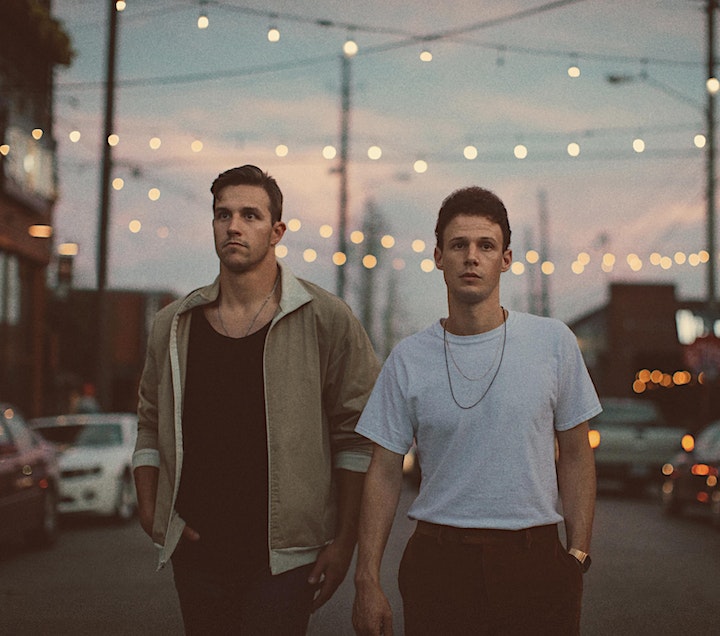 While drawing comparisons to bands like the “War on Drugs” and “The Paper Kites”, the alternative/rock duo’s emotive sound is uniquely their own. The band emerged in 2018 with their first single “1984” causing instant buzz with tastemakers and followed with a stellar debut EP entitled “Vol. 1” in 2019. These early releases drew praise from industry standouts such as LANY and Noah Gundersen which spurred the band to embark on their first national tour in 2019 with Vacation Manor, playing the major cities down the US east coast.

Powered by their first national tour and early releases, the band began to grow organically, finding resonance through their late-night, timeless sounds with fans both in the US and internationally. Upon seeing the undeniable growth of a true fan base, the independent duo spent the following year writing and recording their debut album with producer Nick Box in a lake house turned studio. They continued to evolve sonically throughout the recording of the album, and ended up with a record that they believe will stand the test of time. The first single from the album, “I Still Love You”, captured the attention of listeners globally as it amassed over 2.5 million views over a few short months and expanded their listener base to 50,000+ YouTube subscribers and 20,000+ Spotify followers.

NIGHT TRAVELER released its complete debut album “Dreams You Don’t Forget” in April of 2021 to a reception that they themselves hadn’t anticipated. Their increasingly steady growth of deep listeners shows that the future is bright for this band from Austin, Texas. The classic melodies, guitar forward production, and nostalgic feel to their songs make listeners feel like they’ve been listening to NIGHT TRAVELER forever.