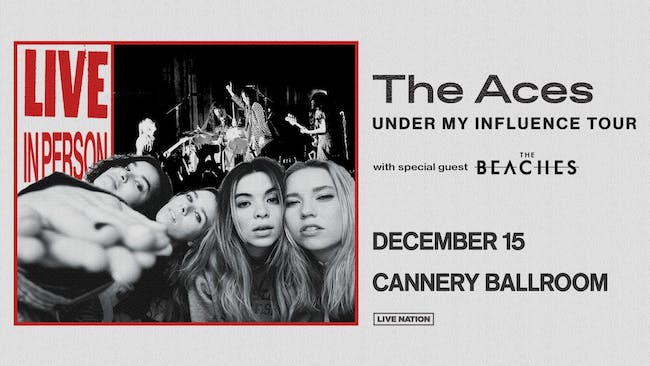 The Aces – Under My Influence Fall Tour 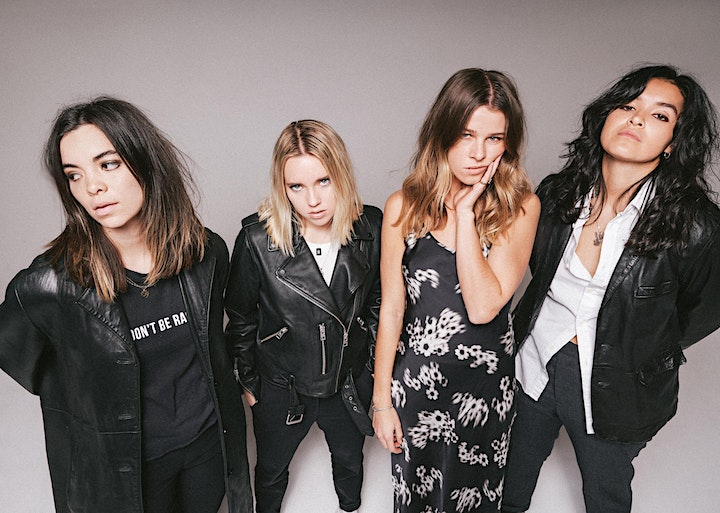 In the years since The Aces released their debut album, When My Heart Felt Volcanic, the band sold out their headline US tour, supported 5 Seconds of Summer, and spent countless hours documenting everything in-between in the songs that would make up Under My Influence. An album brimming with trust — trust in themselves, as individuals, as a group, and with their fans – Under My Influence pushes their sound to more buoyant heights, grounded in learned realities.

Under My Influence brings fans deeper into The Aces’ world of funk-tinged romance, heartfelt breakups, and relentless positivity — no matter what’s going on. Together, sisters Cristal and Alisa Ramirez (vocals/guitar and drums, respectively), McKenna Petty (bass), and Katie Henderson (lead guitar/vocals) — all friends since grade school — explore growing up and falling in love in the 21st century with candid honesty and endearing relatability. Amassing over 30M streams to date, Under My Influence finds The Aces standing tall, cheeky, and fantastically independent.

Executive produced and co-written by the band, Under My Influence debuted across numerous Billboard Charts, hitting #53 on Top Albums, #31 for Emerging Artists, and #18 on Heatseekers Albums, in addition to earning a spot in Rolling Stone’s Breakthrough 25 list for July. The project received praise for its exploration of love, relationships, mental health, religion, and sexuality, with several band members owning their identities as queer women and using gender pronouns in their music for the first time. 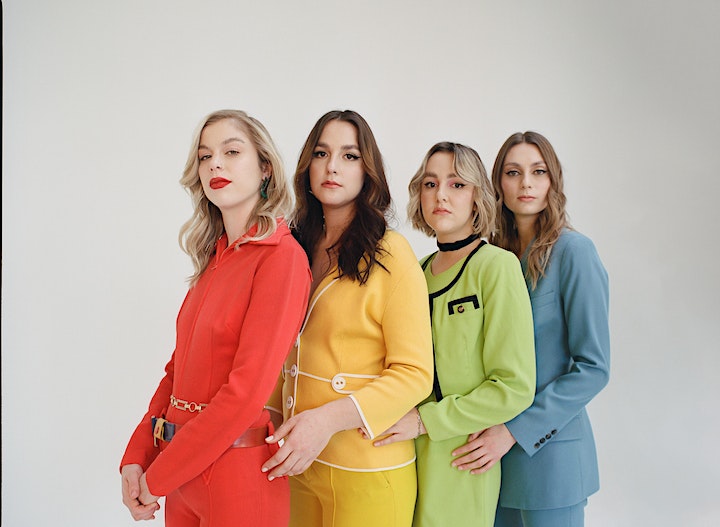 Named appropriately after the Toronto neighbourhood they all hail and hang in, The Beaches are authentically rock ‘n’ roll. Their ‘70s aesthetic, unapologetic attitude and electrifying sound all fit harmoniously in a modern rock context. Comprised of sisters Jordan and Kylie Miller (on lead vocals/bass and guitar, respectively), Eliza Enman-McDaniel (on drums), and Leandra Earl (on keys and guitar), the band has a natural kismet that shines through on each track and in their live performances. The Beaches have become one of Canada’s top acts with a global reach, placing them in a modern and future context where rock prevails and marking them one of this generation’s most promising young rock groups.

Since their sizzling major label debut in 2017 with LP, Late Show, produced by Metric's Emily Haines and Jimmy Shaw, the quartet has accumulated an array of impressive highlights. To this day, Late Show's singles remain fan and Rock radio favourites. The album's first single, “Money,” secured the No.1 spot for three consecutive weeks and the infectious track “T-Shirt,” which spent nine weeks on the Billboard Rock Chart, recently became Gold Certified in Canada. With five Top 5 Alt Radio singles, a JUNO Award for Breakthrough Group of the Year, opening tour spots for icons like The Rolling Stones and The Foo Fighters, and much more – this is just the beginning of what The Beaches have in store. “T-Shirt,” “Fascination,” and “Snake Tongue” remain regular recurrent tracks on Canadian Rock Radio today.

Their latest 5-track EP, Future Lovers, was released on May 14, 2021. Produced by long-time collaborator Jacknife Lee and written by all four band members, Lee and Coco Morier, Future Lovers was initially recorded in Los Angeles during sessions for the band’s 2019 release, The Professional. Future Lovers highlights the band’s impressive musicianship and song-writing skills, which are complemented, as always, by the killer vocals and whimsically acerbic lyrics that The Beaches are known and loved for. Garnering rave reviews from Toronto Star, Exclaim, CBC Music and many more, Future Lovers brims with the band’s wit and personality, which is heard loud and clear on each track – from the energetic bop-ready “Blow Up,” anthemic “Let’s Go,” the nostalgic guitar-driven “Bad Behaviour,” the cheeky infatuated synth-track “Slow Mo,” and the heavy and pensively powerful finale, “You Don’t Owe Me Anything.”

Gaining recognition from the world's most renowned artists, including the likes of Elton John, who has proclaimed: “Love them, love them, love them!”, The Beaches are back and have no plans to slow down. And when touring comes back, expect The Beaches to hit the road hard. Stay tuned for much more to come in 2021. 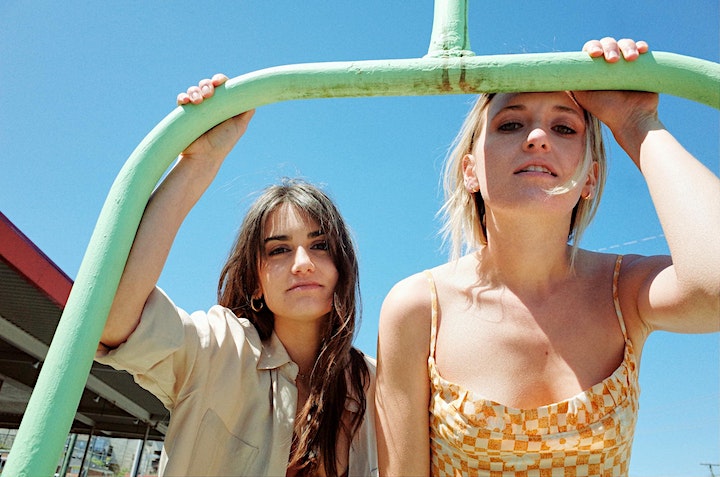