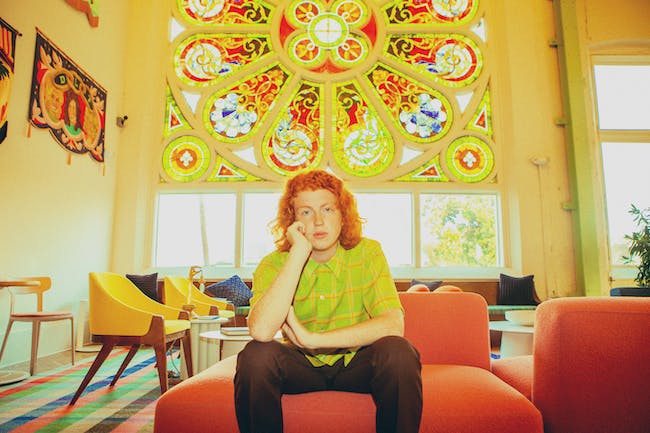 At just 17-years-old, singer/songwriter RYMAN, the namesake of one of the most revered venues in his hometown of Nashville, is poised to impact this year with his uniquely youthful and colorful sound. A musician by nature, RYMAN remembers being drawn to music as early as preschool, stating, "I've been coming up with melodies ever since I can remember, literally. At 3-years-old, I was humming or singing lyrics and not knowing where they came from." Now, with a thoughtful grasp of his musical sensibilities, RYMAN's melodies and lyrics are very much backed by intention and purpose.

The broad musical palate that RYMAN possesses at such a young age is a testament to his curiosity and exposure to a comprehensive, global array of music - both through his explorations and from his family. "My dad always had Beatles and Bob Dylan records around the house, my mom was always playing everything from indie to rap to classic rock, and I had friends into punk and jazz and everything in-between. That's what I was raised on, so I got a good lesson in pop music fundamentals, whether I wanted it or not at a very early age," he recalled.

2021 is shaping up to be a breakout year for the wunderkind as he steps into the arena with his first proper release. Classic in structure while remaining sonically and viscerally forward-thinking, REWIND, the five-track EP releasing via Cinematic Music Group, is set to place RYMAN as a contemporary force amongst singers' modern landscape/songwriters.