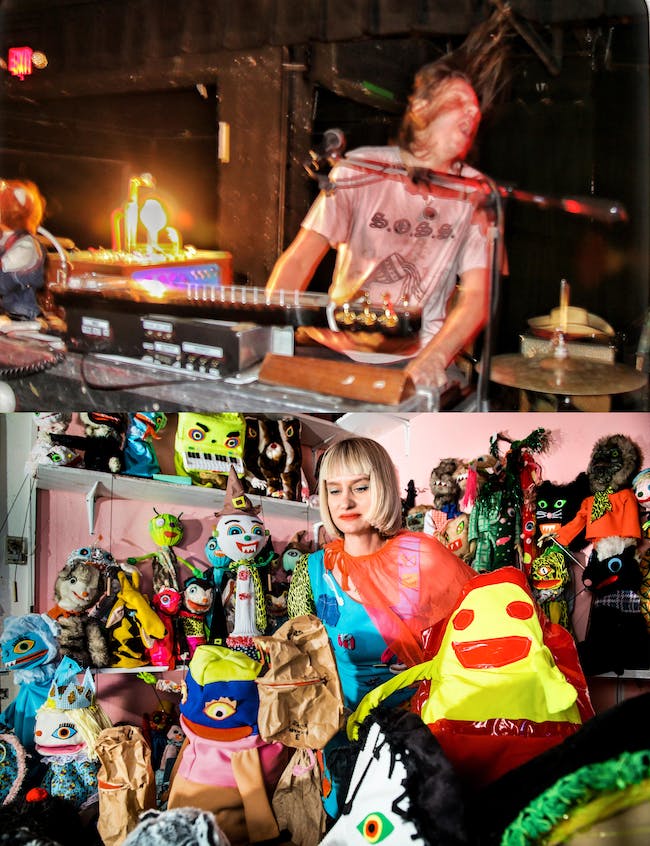 "Quintron and Miss Pussycat have been making genre-defying noise and hard rocking dance music in New Orleans for over fifteen years. The majority of their 14 full-length albums have the psychedelic soul of traditional New Orleans party music filtered through a tough distorted Hammond B-3 and a cache of self-made electronic instruments.

MISS PUSSYCAT plays maracas and sings, as well as entertaining all age groups with her highly amusing technicolor puppet shows.

Quintron has released strange soundscapes based on inner-city field recordings of frogs and neighborhood ambiance as well as holing himself up in THE NEW ORLEANS MUSEUM OF ART for three months to create the epic "Sucre Du Sauvage" (Goner, 2011). In addition to his own recordings, Quintron has played organ on a number of other records, most notably THE OBLIVIONS "9 Songs" and STEVE RILEY AND THE MAMOU PLAYBOYS "Grand Isle" which was nominated for a Grammy in 2012 and featured the Quintron penned song "Chatterbox".

In the spring of 2014 Quintron and Miss Pusscyat were the chosen to be resident artists at the ROBERT RAUSCHENBERG FOUNDATION. Quintron completed his weather controlled analog drone synthesizer called WEATHER WARLOCK and Miss Pussycat invented an inflatable puppet theater which fits into her purse!

The Quintron / Miss Pussycat experience is one of barely controlled electronic chaos, "Swamp-Tech" dance beats, small explosions, incredible clothes, and entertaining puppet stories. You can see them perform regularly at the Spellcaster Lodge in New Orleans, Louisiana or on one of their many tours around the world. This act somehow has equal relevance in sleazy nightclubs, pizza restaurants, and university lecture halls." 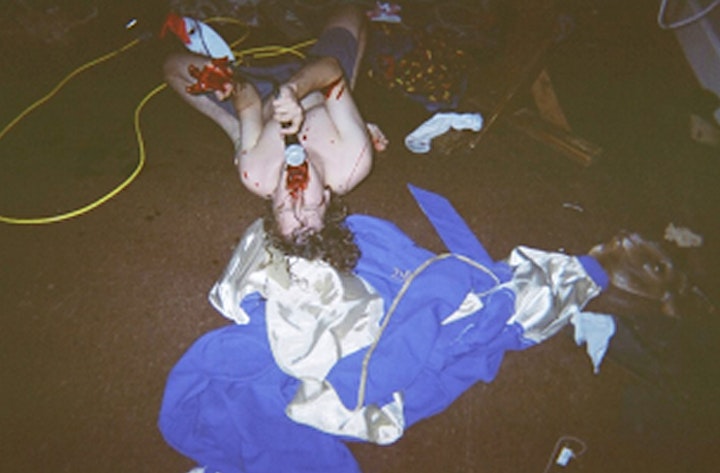