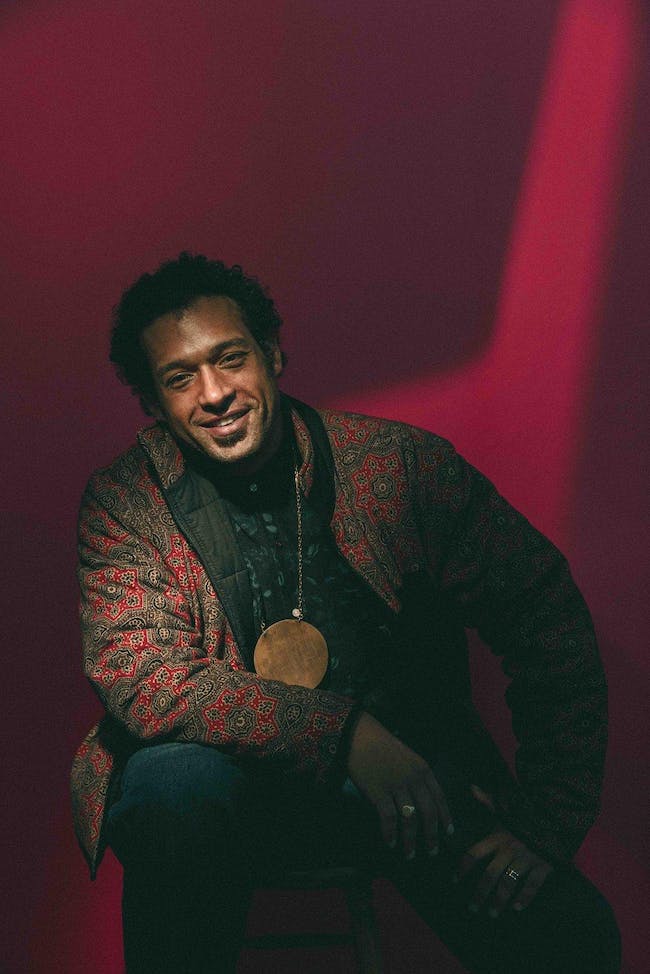 As of March 30, 2022, there are no COVID restrictions for entry to this show. In the event of a change to policy for this show all ticket holders will be contacted via email.

Makaya McCraven is a beat scientist. The bleeding edge drummer, producer, and sonic collagist is one of Chicago’s savviest cultural players and a multi-talented force whose inventive process & intuitive, cinematic style defy categorization.

French-born but raised in the Pioneer Valley of Massachusetts by expatriate musician parents, McCraven studied Jazz at the University of Massachusetts Amherst under the mentorship of jazz luminaries Archie Shepp, Marion Brown, and Yusef Lateef, and eventually went on to develop his chops in Chicago’s burgeoning scene.

His breakthrough album In the Moment was released with International Anthem Recording Co. (IARC) in 2015 and received widespread acclaim, proving to be a dramatic statement by McCraven that quickly launched him into the vanguard of not only Internationally-known jazz artists, but also a niche genre of next-wave composer-producers blurring the boundaries of jazz & electronic music.

His recent releases, the DJ-style mixtape Highly Rare (IARC, 2017) as well as an internationally recorded Where We Come From (CHICAGOxLONDON Mixtape) (IARC, 2018) have been well received globally, leading to increased bookings in some of the world’s best clubs, theaters, and festivals alongside the likes of Corey Wilkes, Bobby (Baabe) Irving (Miles Davis), Ari Brown, and Bernie Worrell. 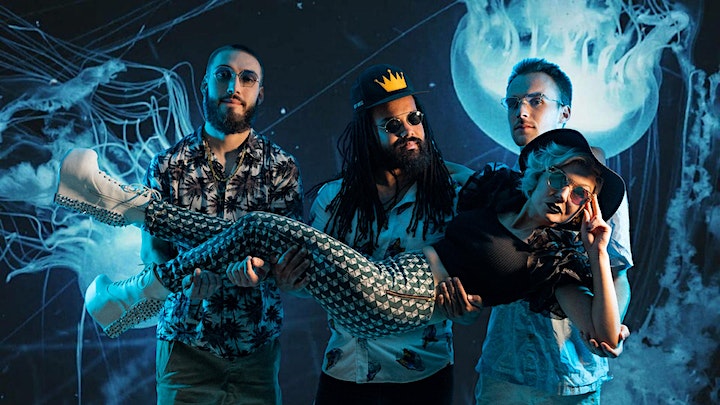 Nashville future-soul group Oracle Blue blends elements of Neo-Soul, electro-pop and Black American Music to create a newfangled soundscape with a sullen danceability. The group is fronted by producers Liz Kelley (guitar, vocals) and Zach Douglas (trumpet, playback engineer), and is rounded out with a rotating cast in the rhythm section. Influences range from Hiatus Kaiyote to Sylvan Esso, while creating a sonic culture that is uniquely their own.

The band began as a student jazz combo that received a DownBeat Student Music Award, performed at Montreux, Umbria and Vienne jazz festivals in Europe, and shared the university stage with artists such as Victor Wooten, Jeff Coffin & Steve Bailey. Occasions of note since entering the professional sphere include an opening set for Nate Smith, multiple opening performances for Lalah Hathaway, endorsements from Traveler Guitar and Aston Microphones, a performance at NAMM, a European tour, and a recent listing on DownBeat's "What to Stream This Week".

Between independently touring, producing, managing, and even a bit of merchandise manufacturing, Kelley and Douglas’ fingerprints can be seen on each thoughtful step of their creative process. Oracle Blue’s releases include their first single “Laundry”, their debut album Gilded Kingdoms (2018), and recent single “Herbal Tea” which features bassist MonoNeon (Prince, Mac Miller, Ne-Yo). The band will spend the summer of 2022 touring from LA to NYC, then from Nantucket to Key West, and will ring in the fall by putting the final touches on their sophomore album.