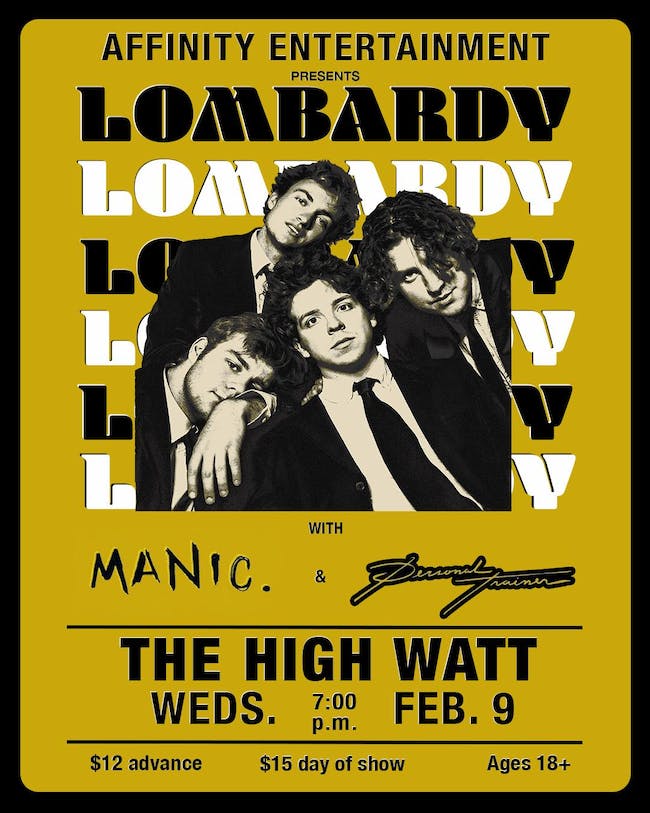 Lombardy is a new breed of Rock N’ Roll born in Nashville, TN. Debuting at the start of 2021, the group consists of Mike Scott (Vocals/Lead Guitar), Jonathan Plevyak (Vocals/Rhythm Guitar), Nick Stafford (Bass), & Ryan Rasmussen (Drums). The self-titled debut album ‘Lombardy’ was released in late 2021. Lombardy will be releasing a series of new music throughout 2022 with their first single dropping in early February 2022. The band’s sound is drawn from personal inspirations across many different genres, resulting in a new wave of rock n’ roll. In just a short time since formation, the band has become known for their high energy live shows, bringing rock n’ roll back in the limelight. #LOMBARDY2022

Lombardy’s music has shined the spotlight on their impact in the band’s hometown of Nashville. In just their first year as a band, Lombardy has received extensive local support: Lightning100 has featured the band as their Local Artist Of The Week and in consistent rotation, 102.9 The Buzz debuted the record with a full album feature and interview with Andy Herrin, and Tomato Art Fest positioned Lombardy as the Festival’s local headline act.