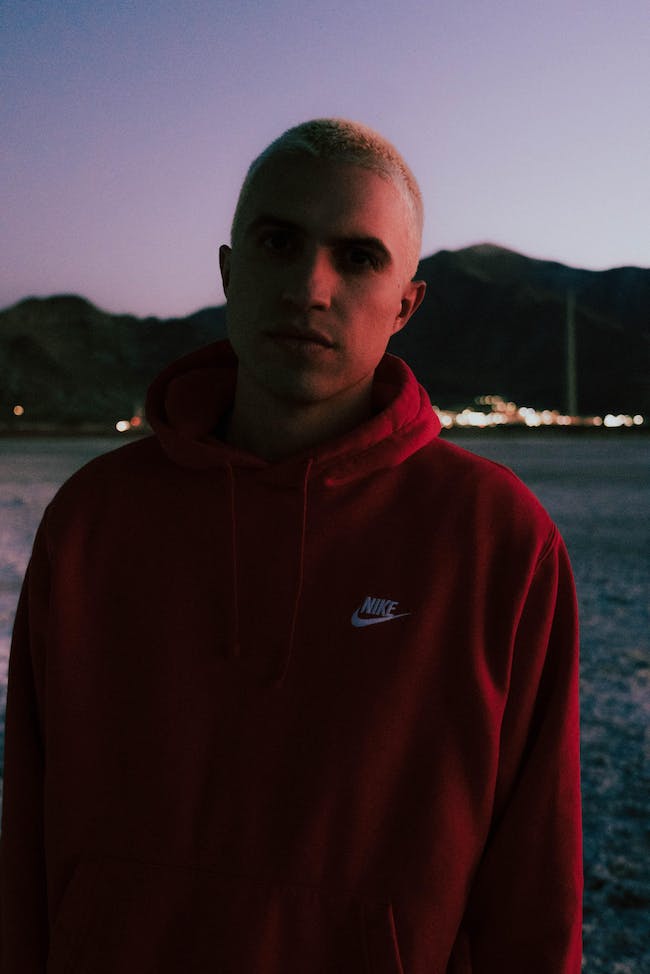 Kyd the Band isn’t looking for shortcuts and certainly has no fear going against the grain. At the mere age of 19, KTB’s Devin Guisande left his hometown in Northern California to chase his dream of being a recording artist. The move wasn’t easy at first - a starving artist in true form, Guisande was sleeping on the floor of a room he shared with his ex-bandmate and brother. Against the odds, the multi-instrumentalist, producer, and songwriter clocked in +40 hours a week while working on music each hour he had left to spare. After toughing it out and paying his dues, Devin landed cuts with Bone Thugs-N-Harmony, Robin Schulz, gnash, NF, and ROZES to name a few. It was his time in the studio as a songwriter that shaped his solo career and later gave way for his support slot on tour with NF under the Kyd the Band moniker. Fast forward a couple years later, KTB is two singles deep into a record deal with Sony/Four Music and climbing the German airplay charts.

Kyd the Band isn’t tied to any one genre - the message behind his lyrics are what he hopes fans can learn from and relate to. It’s no surprise his collection thus far has listeners drawing comparisons to Twenty One Pilots and The Neighborhood. “This next wave of music is definitely less indie leaning, but I'd argue that, no matter what KTB song comes out, you're always going to hear a consistent thread in the lyrics and in the grittiness of the music.” Offering a sound that is fresh, unique, and compelling, Kyd the Band is guaranteed to elicit excitement and enthusiasm across a diverse array of audiences.