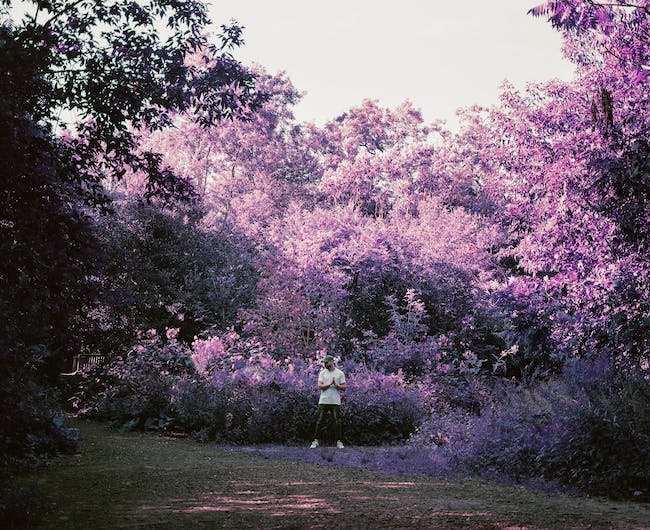 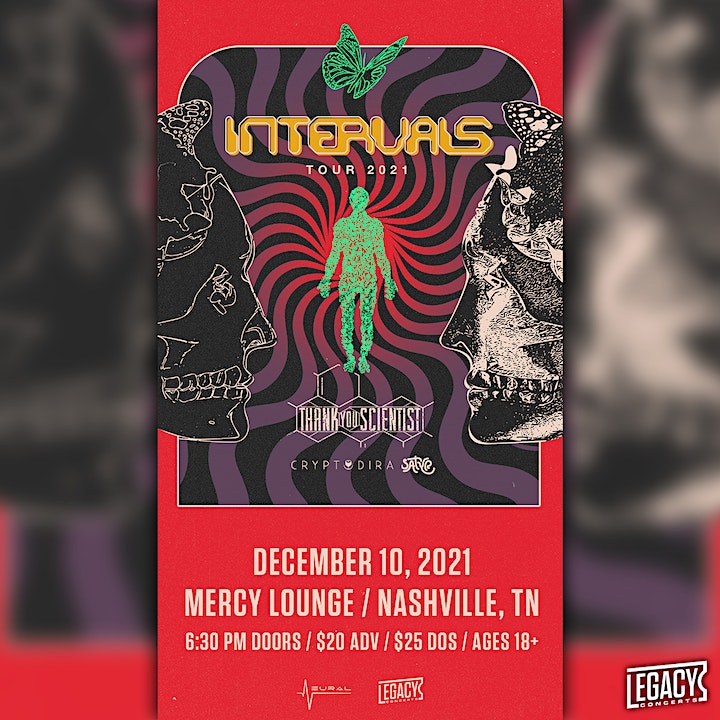 Through the progressive, instrumental rock project, Intervals, Aaron Marshall has long been considered an innovator. He’s built a career on trusting his instincts, even when that intuition has led him down a road that is decidedly less traveled. That may mean tearing down genre norms, finding creative ways to interact with fans, or a commitment to self-releasing music even when label opportunities are readily available to him. Marshall has bet on himself continuously, and backed that gamble up with hard work, unparalleled creativity, and an uncompromising desire to make each Intervals release a pivotal moment in the lineage of instrumental rock. On Intervals’ latest record, Circadian, Marshall continues to push the limit at every turn, resulting in arguably the most dynamic record in the band’s highly-revered catalog.

In the past, Marshall has always written the music for a record first and relied on the composition to tell him what the story should be. On Circadian, for the first time, he had an abstract map of the record’s story prior to the music and was able to develop both aspects simultaneously. This new approach to the storytelling process is a perfect example of Marshall’s artistic maturation that unfolds over the past three Intervals records. On The Shape of Colour (2015), the subject matter was more broad stroke and interpretive, taking a step in a more honest and natural direction with the attitude of the music. For the 2017 release of The Way Forward, Marshall looked beyond personal experience as he tackled the oldest staple in storytelling, the hero’s journey, while reflecting on iconic pop culture in film, music, and literature to tell a story about where he comes from and where he’s headed. WIth Circadian, Marshall takes a brave step into the abstract, building a story around the innate human connection to the sun, and how that rhythmic cycle plays a crucial roll in our day to day lives . As a society, we’ve created an existence largely disconnected from the natural rhythm of life. This record serves as a reminder that seeking ideal circadian flow is integral to cutting through the static noise of modern life to find true peace. Marshall took something intimate (his own pursuit of balance) and conveyed it in a widely relatable message - something that is often considered the mark of a true storyteller.

Circadian was co-produced by Marshall and fellow Torontonian, Sam Guaiana (Silverstein, Obey The Brave, Like Pacific) - marking the first time the esteemed producer had ever worked on an instrumental record. It was also the first time that most of the work on an Intervals record was done locally in Toronto. As a result, Marshall had the opportunity to be more involved in the production and mixing process than ever before. Circadian is meant to be viewed as a singular piece, with obsessive attention paid to the flow of the record. It’s full of motifs, cadences, and themes that are revisited throughout the record and even recalled from previous releases. Circadian intentionally clocks in at 8 songs and roughly 40 minutes, as Marshall gave considerable thought to where the sweet spot between listener satisfaction and desire to immediately play it back was. Every minute detail surrounding the record has purpose, and builds towards an all encompassing experience.

Ultimately, Circadian is a commentary piece on a fractured world and a call to reconnect with the natural state in order to begin the healing process. The artwork, which was painted by Colin Frangicetto (of Circa Survive), provides a visual map to this complex tale with a level of intricacy befitting such a carefully conceived composition. When consumed in context, Intervals manages to successfully tell an elaborate story without the use of words - an impressive and difficult task at the heart of most great visual or auditory art.