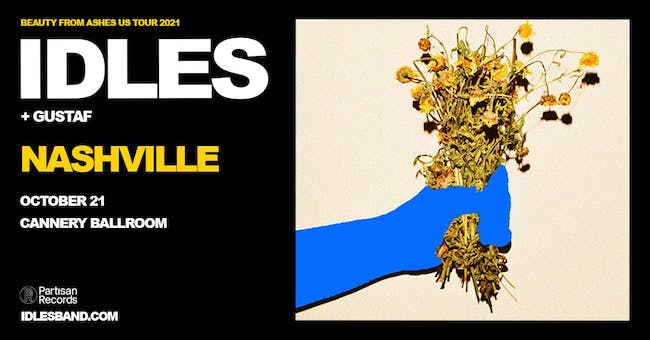 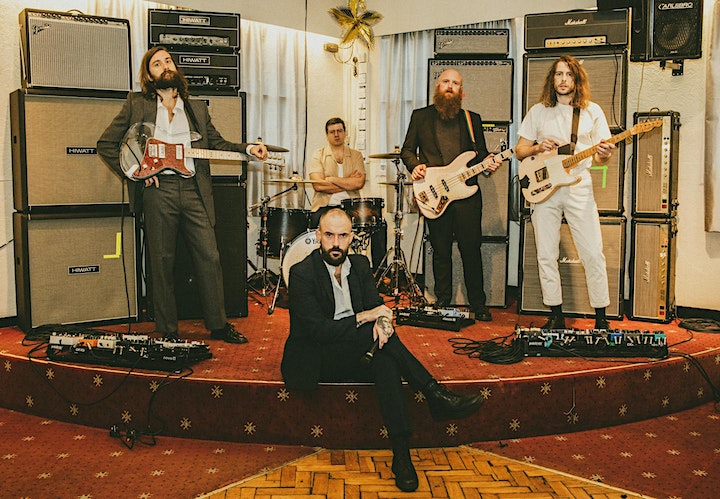 Passionate, political and darkly comedic, IDLES’ debut album ‘Brutalism’ made an impact that no-one, not least the band, could have expected when it arrived, seemingly out of nowhere, in 2017. It was an album with such relevance to the fractured Britain that birthed it, that the band’s potent individuality and honesty simply couldn’t be ignored – and was described perfectly at the time by Uncut as: "a rare rock record with the rage, urgency, wit and shattering of complacency usually found only in grime."

No band toured harder, and invites to support the likes of Foo Fighters saw IDLES’ message spread even further, leading to a signing with the Brooklyn and London independent Partisan Records. IDLES second album – ‘Joy As An Act Of Resistance' - saw them claim their rightful place as leaders in a movement of bands tearing down outdated perceptions of masculinity and bucking a trend of style over substance. Songs from the record were full-throated indictments of sexism, racism, the polarisation of Britain in the wake of Brexit, nationalism and toxic masculinity. ‘Joy’ felt both incredibly personal and at other times universal, wearing both its heart - and an active mind - on its sleeve. In a musical landscape that had become so safe and sanitised, IDLES were and remain a bolt to the arm of the norm.

Here was a band you could pin all your hopes on, ideals you could rally round, a set of songs you could believe in. And so many people have done just that – part of IDLES’ success has been down to putting their fans first. A community, the AF Gang, was formed on social media in the wake of ‘Brutalism’ that has now grown to tens of thousands of members. A judgement free zone where people can discuss everything from their musical tastes to their mental health, the group features regular contributions from members of IDLES themselves. The tight connection between the band and those who back them remains a fiercely important part of what makes them what they are.

‘Joy’ debuted at no.5 in the UK charts upon its release in Aug 2018, breaking Rough Trade’s all-time record for most pre-orders and sales in a day. By the end of 2018 it had won a fanbase far beyond the UK, featuring in album of the year lists worldwide. ‘Joy’ would be A-listed at 6 Music and earned major features with the likes of Q, Mojo, The Guardian, NY Times, Rolling Stone, GQ, a nationally televised PBS Newshour profile, an explosive Tiny Desk performance (2.5M views and counting), and covers stories with DIY, Loud & Quiet, Kerrang!, So Young, CRACK and NME. IDLES won Best Breakthrough at the Q Awards, were nominated for Breakthrough Artist at the Brit Awards and performed a raucous Jools Holland debut which NME called “history in the making…incomparably brilliant,” likening it to Arctic Monkeys and Kanye West's first appearances on the show.

They were also announced as 6 Music's no.1 album of the year, won the coveted Ivor Novello award for Best Album, were nominated for the Mercury Prize and saw not one, but two extensive tours sell out worldwide. The touring around ‘Joy’ would eventually culminate in an instantly legendary headline performance at London’s Alexandra Palace. All 10,000 tickets to that show sold out in under 24 hours.

If ‘Joy’ was meant to detail the band’s manifesto, then band’s highly anticipated third album – ‘Ultra Mono’ - is the sound of IDLES heading into battle, battering ram in hand, for those tenets. Sonically constructed to capture the feeling of a hip-hop record (Kenny Beats even helped with programming on several tracks), the songs double down on the vitriolic sneer and blunt social commentary of their past work. Not far beneath the surface of their self-admitted sloganeering lies a deeply complex and brutally relevant album that chews up clichés and spits them out as high art for the masses. Active presence and self-acceptance also stand at the core of ‘Ultra Mono,’ with much of the songwriting done on-the-spot in the recording booth, and the phrase “I am I” serving as a lyrical and spiritual mantra throughout.

Ultra Mono was received to critical acclaim across the world, gathering multiple magazine features with the likes of Les Inrocks, DIY, NY Times, The Irish Times, Rolling Stones and many more. Long-time supporter and Radio Presenter Steve Lamacq of 6music presented a full hour of programming on his radio show ‘Always Poor, Never Bored’ about IDLES journey. In addition to this, Clara Amfo of Radio 1 featured the single ‘Model Village’ as her hottest record, and Annie Mac shortlisted the same track for Hottest Record of the year 2020.

During the summer of 2020, IDLES performed 3 pay-per-view shows in the legendary studio 2 at Abbey Road Studios, in London. These shows sold 10,000 tickets and was picked up for coverage by NME, Clash, Rolling Stone, Spin, DIY, and Stereogum

Ultimately ‘Ultra Mono’ is a celebration of community, one that IDLES have been striving to build upon since their start, something bigger than themselves. As their audience grows, new fans continue to come from a sense of not belonging, together creating a diverse congregation of people that are making each other belong. 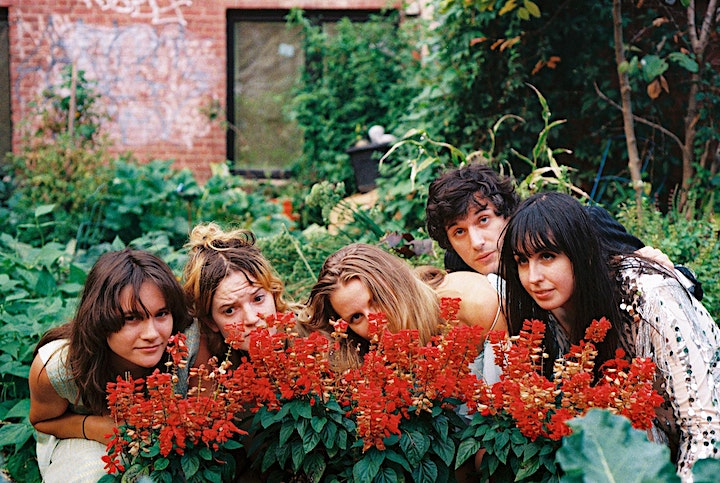 Formed in 2018, Brooklyn’s Gustaf have built a kind of buzz that feels like it comes from a different era. The art punk 5 piece are yet to release any recorded music, but rapidly established a reputation as one of New York’s “hardest working…and most reliably fun bands” (BrooklynVegan), and excitement about their danceable, ESG-inspired post punk has expanded outside of their city with remarkable effect despite their scant online presence. The band have found early champions in all quarters, catching the attention of luminaries like Beck -who saw them perform at a secret loft party he played around the release of his latest album - the New York no wave legend James Chance, and have shared stages with buzzing indie acts like Omni, Tropical Fuck Storm, Dehd and Bodega, while word of mouth led to sell out shows when they played their first LA headline dates in late 2019.

While recent events have curtailed Gustaf’s live schedule, the band have remained relentless as ever in 2020, and recently entered the studio with producer Chris Coady (Beach House, Future Islands, TV On The Radio). Gustaf’s first official record, a 7 inch entitled ‘Mine,’ was released December 4th 2020 via Royal Mountain Records (US Girls, Wolf Parade, Pottery). ‘Mine’ immediately garnered attention, getting added to regular rotation at BBC 6, as well as features in The NME 100: Essential Emerging Artists for 2021 and NPR’s Slingshot’s 2021 Artists to Watch.