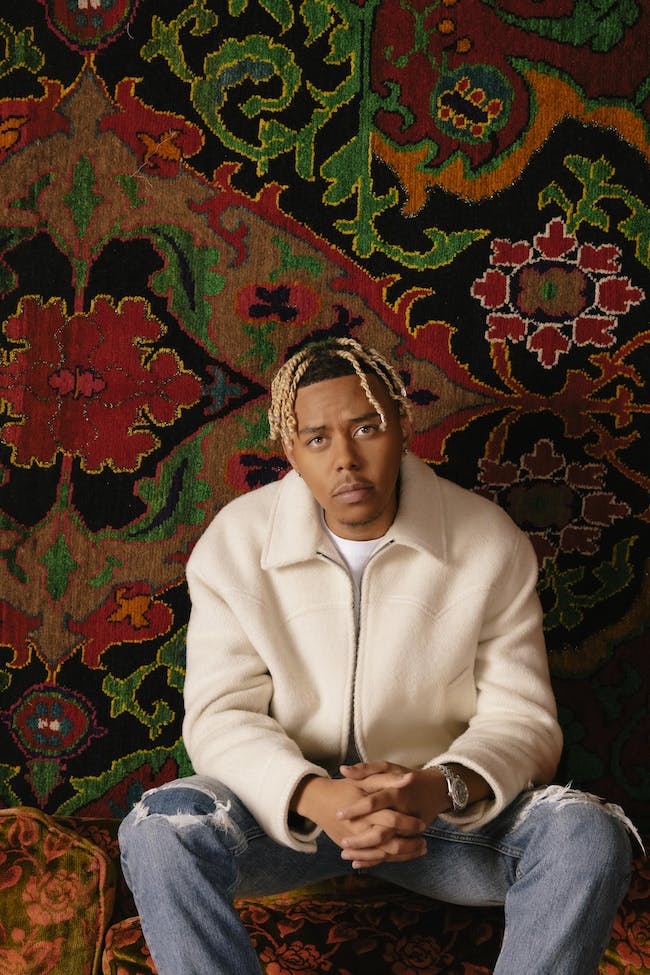 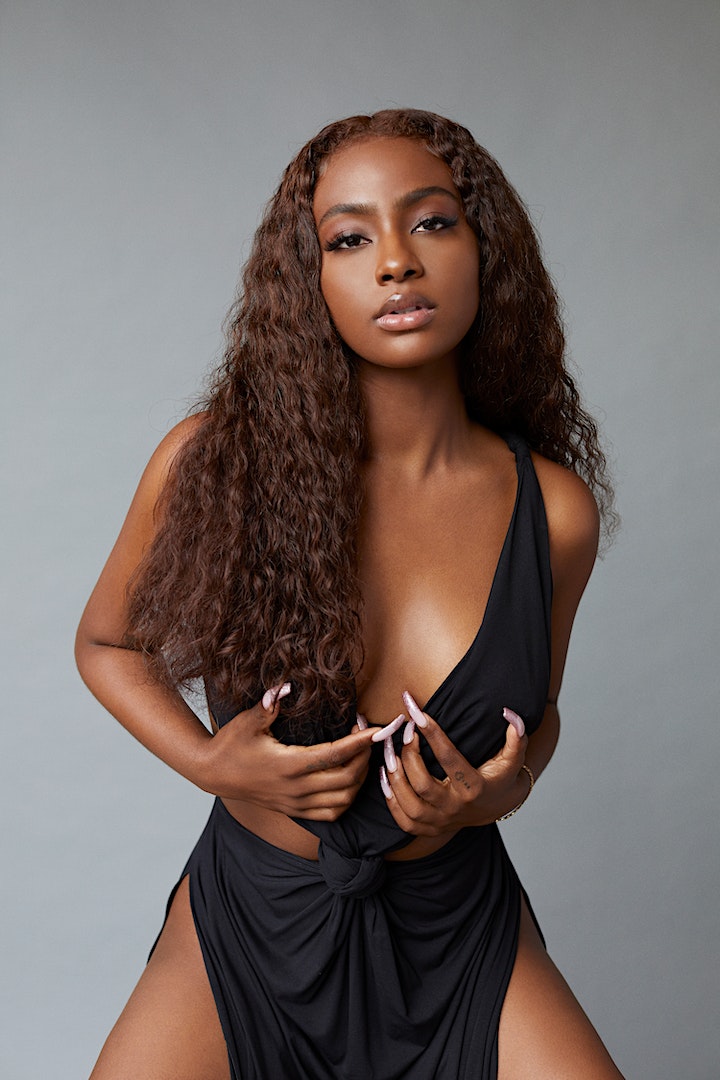 In 2019, Justine Skye was jump-starting a new chapter of her career, this time as an independent artist with fresh clarity. Free to shape her destiny, she was finally writing and recording the kind of music that felt true to both who she is and who she wants to be. Then came the pandemic. As the life slowed to a halt, she used the sudden abundance of time to find more ways of connecting. One of the results of this newfound time was her cover of Crosby, Stills & Nash’s “Helplessly Hoping,” which found its way to legendary producer Timbaland, who soon reached out to collaborate on an original song. Then one song became another and then another as the Space & Time Sessions took shape through IG TV until it grew into an album that distills the magic of those sessions into a cohesive statement that embodies the singer’s confidence and vision.

A Brooklyn native whose childhood was steeped in the arts, Skye signed her first deal before she was even an adult after a combination of raw talent and Tumblr savvy began garnering attention in industry circles. Her ability to quickly lay down a track and her striking voice made her a promising prospect, but absent a definitive sound and trajectory, a void eventually developed as Skye felt her artistic identity slipping further away, regardless of the label she was signed to. Never one to waste an experience, that period transformed into lessons that built the courage and determination she needed to finally break out on her own. “It was terrifying because I’d been in the record label system since I was 17, and I’m like ‘holy shit, what am I supposed to do? How do I even set up a session?'” she recalls. “I felt like I was naked in the world, and everyone knew and was looking at me, waiting for me to do something or waiting for me to fail.”

Still her faith remained steady, and in the midst of isolation, an unexpected creative connection was forged. She and Timbaland discovered an organic synergy as they exchanged music and ideas for an audience of the internet before meeting in person to polish them up. In this way, Space & Time is very much a project born of the unique circumstances brought on by the pandemic; it is as much a capsule of the moment as it is a portal beckoning towards Skye’s next chapter. The stillness of quarantine allowed her to access a headspace where she felt free to unpack her experiences. “I was able to process all of my emotions a lot more because on this album, I’m really talking about things I think I was either scared to confront or just never really had the confidence to say,” she recalls.

It comes as no surprise, then, that this is her most honest work yet. “This is the best thing that I’ve ever done in my life. I’m the dominant writer on this project, which has never happened before for me — I was getting records sent in that I could relate to, but that I didn’t write,” Skye says. “Those weren’t my melodies. Those weren’t my words. But on this album, everything’s super personal to me, and every single moment, every line, every melody, I can tell you what was going on.”

Fittingly, her first collaboration with Timbaland “Intruded” is also the first single from the project and sets the tone for the album. “Falling in love can make you feel kind of crazy. When I wrote ‘Intruded’ I wrote from a place of being completely enamored but vulnerable enough to say it,” she says. “Timbaland knew exactly how to build the musical story around my lyrics and the strings at the end of the song just embody my emotions.” Their alliance has ignited a flame within Skye, who says she has never been more excited to share new music. “My story and my sound finally unite. I’ve never been as vulnerable or as candid as I am on this album. I’m really laying it all out, having fun, talking shit, and being me.” Songs like “It’s About Time” and “In My Bag” reflect the hard won self-assurance she’s built up over time.

Where previous releases contained the seeds of who she wanted to be, Space & Time is in full bloom and awash with optimistic possibility. “Everything that happened from before — all the ups and downs of my career and just the experiences that I went through — I don’t sit there and dwell on any of it because it happened for a reason for me to get to this point,” Skye says. And with this new album, she carves out both a musical and personal lane of her own that makes it clear why she’s calling it “the bad bitch manual.”