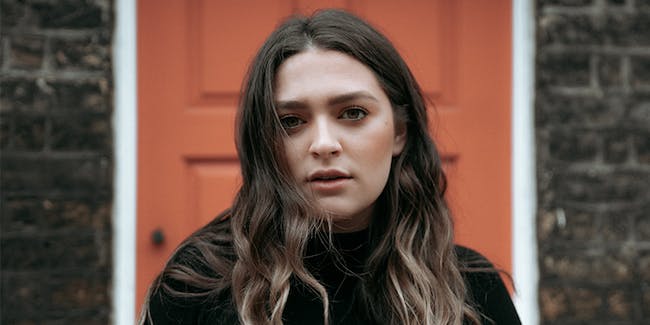 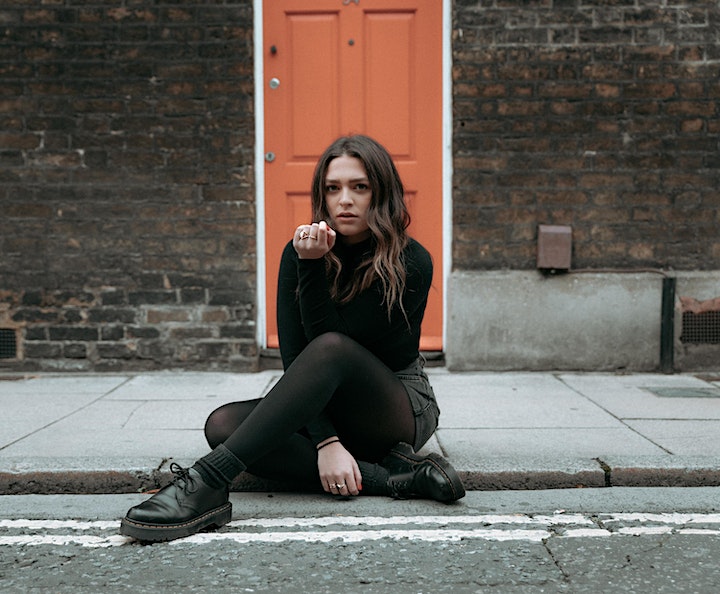 “Former cheer captain” isn’t something you always see on the resume of a rising, alternative singer- songwriter. For Charli Adams, who grew up between split families and small towns in rural Alabama, an outward display of optimism might have been the only way to get by. Despite her decision to put down her poms poms and pick up the electric guitar, Adams remains cheerful.

“L ife feels too short to confine myself to the darker emotions that come out when making art,” she explains. “I guess it’s just my way of compartmentalizing.” Charleston Olivia Adams was born in a dollar-store town in northern Alabama, the kind of place you might hear Kacey Musgraves sing about. Adams figures she might still be there, stuck on the merry go-round, if her mother - who Adams credits for her own sense of drive - hadn’t made the controversial decision to pursue a career in real estate when her marriage fell apart.

By age 12, after several moves, Adams had settled into the small beach town of Gulf Shores, AL with her mother, stepfather and siblings. At this point she appeared to have more in common with a jock cliché from an early Taylor Swift song than the dusky-voiced artist she is today. Like her siblings, Adams grew up playing sports. She became varsity cheer-captain her freshman year of high school and liked to ride jet skis through the turquoise waters of the Gulf. She played tennis, too, and it was only after realizing she would never make it as a pro that she decided to pick up a guitar and focus her energy there.

“I didn’t grow up in a musical family, but when I wrote my first song it clicked for me,” she says. “I could be melodramatic about my life in a way I hadn’t in any other form of expression. As a child, I always wanted to keep the peace within my family and keep my emotions hidden, and when I wrote music, I felt like I could say it all. Songwriting is essentially my only outlet to be unfiltered.”

As music brought Adams closer to herself, the rest of her childhood world began to feel further away. There were few musicians around, fewer concerts, and her grandparents belonged to a conservative church that didn’t allow live music. “When I first started to play at cafes and coffee shops we had to hide it from them,” she says.

Feeling desperately constrained, Adams left high school at age 16 and started making trips to Nashville with her mother, who recognized her daughter’s urge to get out. Seven hours north on I- 65, Nashville was the closest music hub. “Right away I found myself in an alternative music scene of kids who grew up with guitars in every room and a much different set of life experiences,” Adams says. By age 17 she was living on her own in Nashville. In between a serving job and finishing high school online, she would drive the back roads of Tennessee listening to albums from The Cure to The 1975 and seeing every possible underground show that Nashville had to offer.

For someone who hadn’t even heard The Beatles until she was old enough to drive, Adams had a lot of catching up to do, and not just musically. “I’ve always been a curious kid, waking up my parents at three in the morning to ask them existential questions, and their answers never satisfied me.

What I had grown up learning wasn’t good enough for me and I had to become the black sheep to find out what I really believed in.”

These formative years, the friendships and hardships and romance and heartbreak, were captured by Adams on her debut EP, Good At Being Young (out Jan. 2020 on Color Study). “When you’re young,” she says, “everything feels like a movie and I wanted the record to sonically capture that weight.” The production is filled with these nostalgic nods, like the eighties-laced synth and guitar interplay on the opener, “Passenger Seat” or the alt-folk comforts of “Cloverland Drive,” reminiscent of nineties Wilco.

Adams writes most of her lyrics as stream of consciousness reflections, down to the location (10th Avenue), what she was wearing (a black satin dress on “Black T-Shirt”) and who was there. Still, her delivery maintains the distinctly forward-thinking sense of optimism she grew up with, now of someone whose world is growing exponentially larger by the second. “I’m not tired, let’s just ride,” she declares in the anthemic, heights of “Backseat,” an ode to the tail-end of adolescence.

It’s been a long time since she’s played a tennis-match, but Adams swears she hasn’t given up all games. “I’ve never been beaten in a game of pac- man,” she boasts, cheerfully. “There is a bar in Nashville where I still have the highest score.”