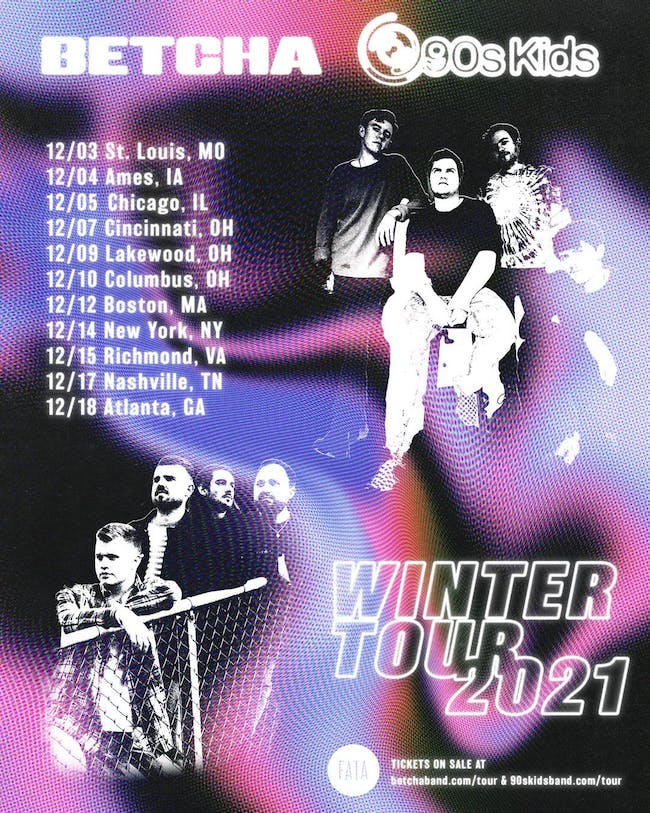 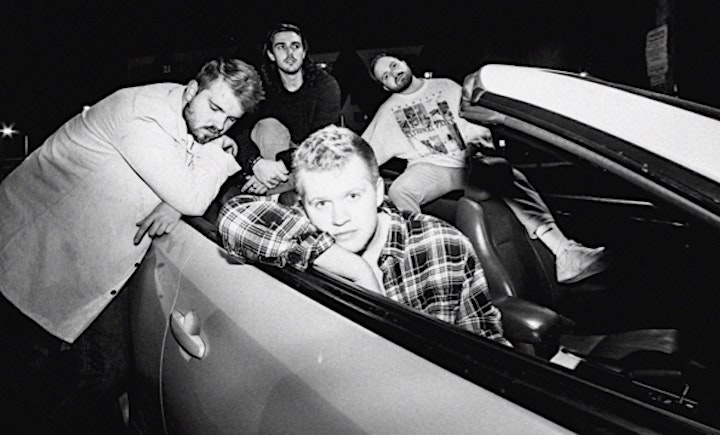 Founded in Ohio in 2018, 90’s Kids is a nostalgic alt-pop band, combining fresh, innovative production with throwback hooks reminiscent of the best of the Y2K era and modern pop alike.

While building over 5 Million Spotify streams in its first 3 years as an artist, 90’s Kids has also brought its energetic live show across the United States, most recently supporting Phangs’ US Tour in early 2020 and performing at the 2019 Bunbury Music Festival in Cincinnati. The band has also shared the stage with a variety of artists such as Sublime with Rome, Jeremy Zucker, PUBLIC, State Champs, Grayscale, The WLDLFE, and more. 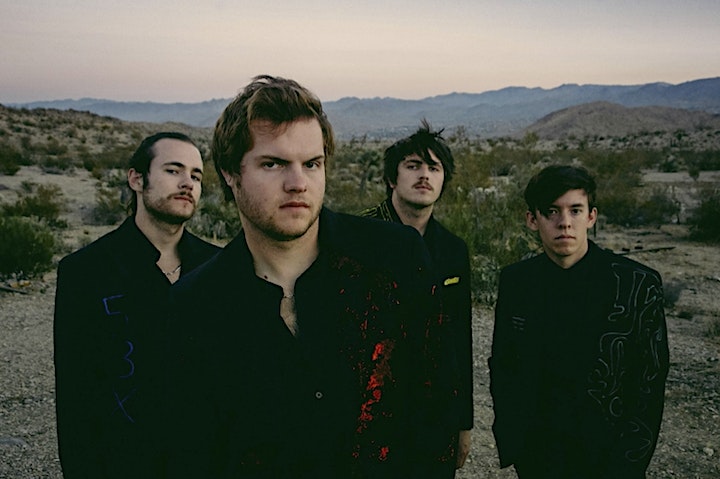 Nashville-based alternative rock band Betcha, is made up of four college best friends, Ben Booth (lead guitar), Taylor Dubray (bass, keys), Chase Wofford (drums) and Charlie Greene (vocals, guitar). What started as casual late night jams, has turned into tours all over the country with acts like The Band CAMINO, Kaleo, Matt Maeson, Judah & the Lion, etc. Heard on SiriusXM's AltNation, their recent string of impressive singles, released over the course of 2020’s quarantine, “If That’s Alright,” “July,” “Closer to the Sun,” and “Deja Vu,” have proved them to be a rapidly emerging band with a distinctive fusion of sweetly stoned rock, alternative electronica, and punchy pop anthems. Ones To Watch added to the praise and stated, “If you have any concerns about the softening presence of rock in today's music landscape, Betcha is here to remind you that rock is healthy, thriving, and here to stay”.