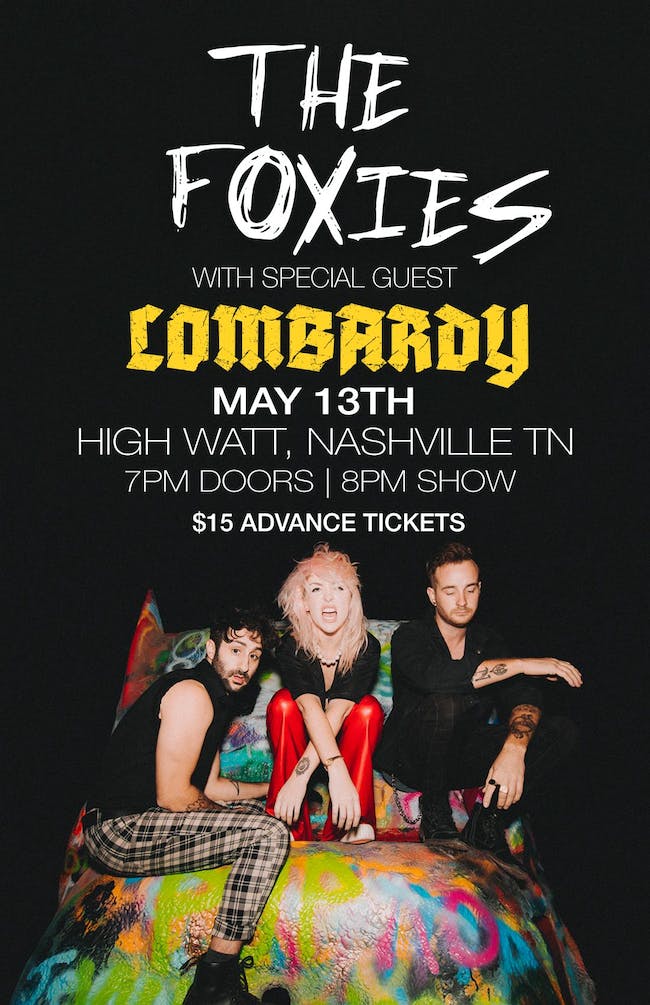 iCal
Google
The Foxies w/ Lombardy at the High Watt

As of March 24, 2022, there are no COVID restrictions for entry to this show. In the event of a change to policy for this show all ticket holders will be contacted via email. 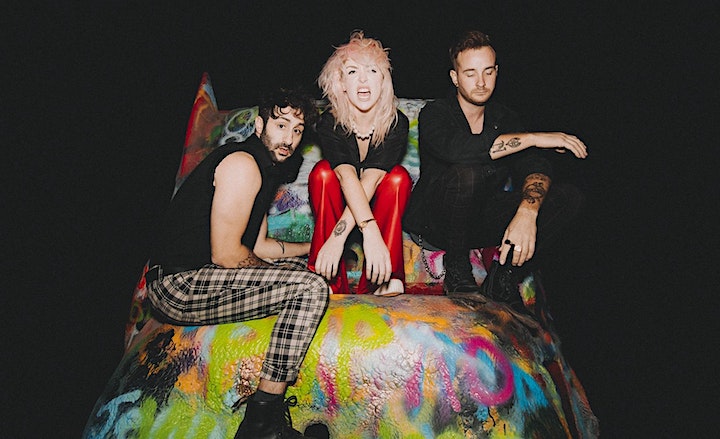 With their uniquely feral brand of rock ‘n’ roll, The Foxies are a Nashville-based power trio built on thrashing punk energy and the hypnotic pageantry of electronic pop. Composed of front woman Julia Lauren Bullock, guitarist Jake Ohlbaum and dummer Rob Bodley. The Foxies are working on a full length album that is set to be released in 2022. The Foxies exploded into 2021 on Tik Tok with their 1st single “Timothée Chalamet." gaining over 2.5 million views on the platform. Later in 2021, The Foxies released 2 other singles called “Screws'' and “Summer Never Dies” that kept existing and new fans something rock out to. The Nashville-based trio of misfits have come to a unilateral realization: there is no such thing as normal. The Foxies will be on tour in 2022 and will be performing songs from the new music they have been working on as well as music from their 2020 EP release, Growing Up is Dead, which received attention from Rolling Stone (Song You Need To Know - Anti Socialite), Alt Press, American Songwriter and PopDust. “I think rock’s just been sleeping for a bit,” Bullock says, “and it’s about time to wake the bear.”