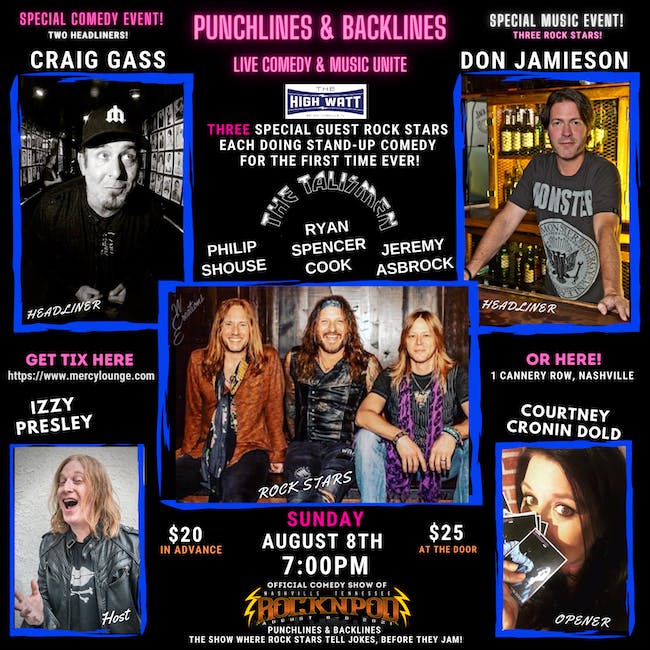 Don Jamieson and Craig Gass will be headlining this rock and comedy extravaganza.

With feature and host: Courtney Cronin Dold and Izzy Presley.

THREE of our favorite rock musicians will be doing their first ever stand-up comedy sets, (with some help from the pros) then closing out the show with a few tunes.

IT'S THE ONE-OF-A-KIND COMEDY MUSIC PARTY YOU DO NOT WANT TO MISS!

PUNCHLINES AND BACKLINES has been running at The Grafton Hotel in Hollywood since 2019 and is coming back with a huge splash here in Nashville!

The show where one rock star has to joke, before they can jam!

(ALTERNATE CONCEPT: The show where one rock star gets to joke, and one comic gets to jam.)

Will we see this? Wait and see!