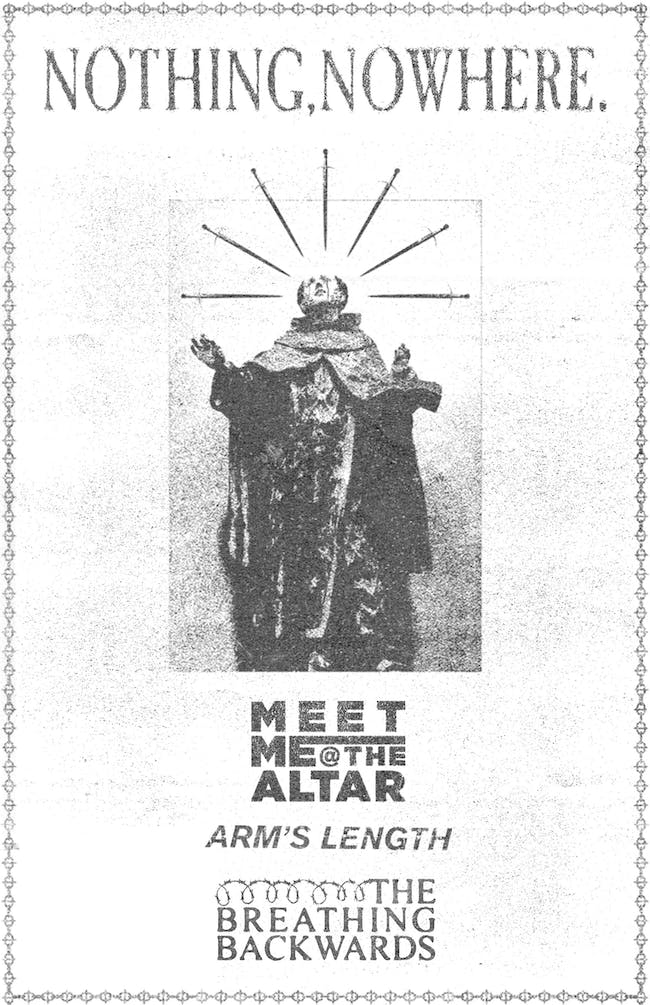 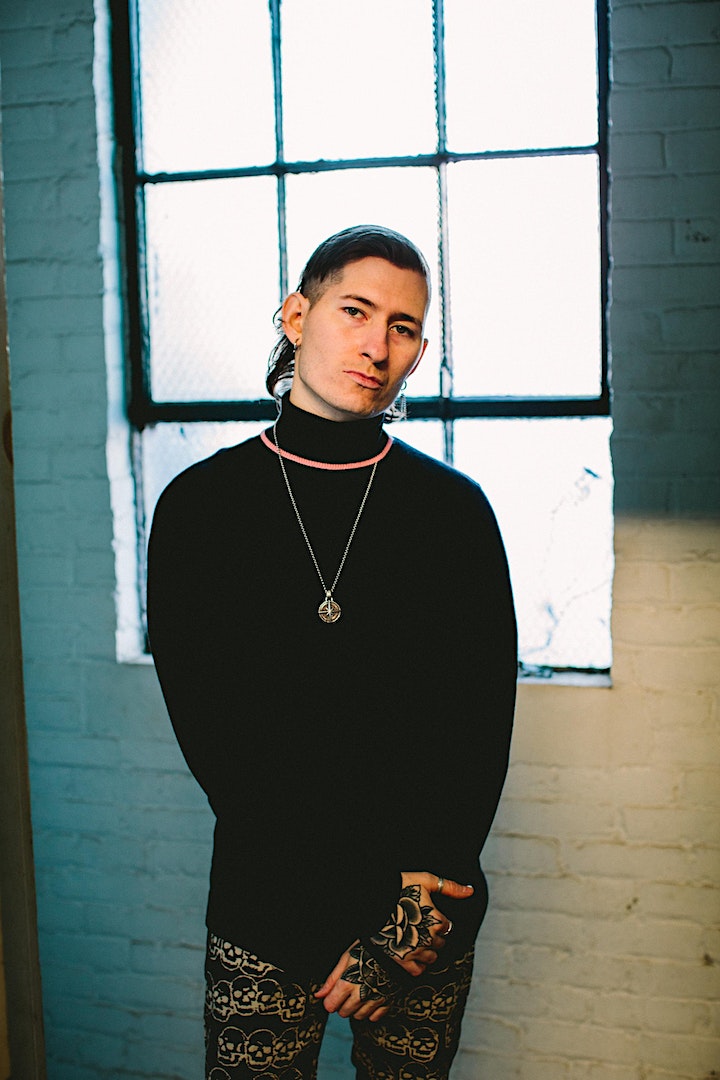 One of Lao Tzu’s many lessons in Tao Te Ching tells us that if we care about what other people think, we’ll always be their prisoner. It’s a principle that Joe Mulherin is learning to abide by on Trauma Factory, his first album in 3 years, out February 19th on Fueled By Ramen. Recorded in the wake of the most tumultuous time of his life, Trauma Factory is the sound of healing, of picking up the pieces and reassembling them into something durable so that they may weather the next storm.

The genesis of nothing,nowhere. traces back to Mulherin’s hometown skatepark in Foxborough, MA, where he found the friendships that became the impetus for his music. At 12, he had picked up the guitar and found not only an outlet, but a meditation device, a way of de-escalating his anxiety. “When I was playing guitar, that was all that mattered,” he remembers. “I wasn’t resentful toward others, I wasn’t thinking about this little town, I wasn’t worrying.”

After cycling through a handful of early projects, he settled on nothing,nowhere. in 2015, and after the Soundcloud success of “Don’t Mind Me,” he knew he had to stick with it. By the time he had released his sophomore album Reaper, he was collaborating with heroes such as Pete Wentz and Dashboard Confessional, and being praised in the New York Times. Nothing happened overnight — this was a moment he had thoroughly worked for — but at moments, it overwhelmed to the same degree.

Reaper hadn’t been out for six months when Mulherin unleashed his next LP, ruiner. The record garnered acclaim from the likes of Pigeons & Planes and The FADER, but with the higher highs came much lower lows. Facing the weight of debilitating panic attacks, he was forced to cancel an entire U.S. headline tour, just days before it was supposed to kick off. “I was just rolling with the punches and not taking care of myself, and it all came crashing down,” he recalls. “I needed to get ahold of the anxiety I’ve dealt with my entire life. Anxiety that I don’t think people would understand unless they have it.”

Unable to get out of bed much yet write a song, Mulherin spent the next year out of the studio, instead cycling between Buddhist monasteries in Massachusetts, therapists and psychiatrists. That period of musical abstinence brought a newfound clarity to the work when he wrote his first single back, “dread.” Soon afterward, he added yet another notch in his belt of accomplishments when teaming with childhood idol Travis Barker to record their 2019 collaborative EP, Bloodlust. Through Barker, Mulherin learned an important lesson on not overthinking what he puts out into the world: “he taught me to completely go ‘fuck it, load,’ and send it.”

That mentality carries over into his new record, Trauma Factory. Developed over the span of two years between his treehouse in Vermont and MDDN studios out in Los Angeles, it’s the longest he’s ever spent on an album. Mulherin wrote nearly 100 songs for the project, with only the top 15 making the cut. He refused to set any rules as to what kind of sound he should stick to. “The sound is for other people to define. For me, it’s experimental. That isn’t to say it’s avant-garde or harsh noise music, but if I’m not experimenting, I won’t be fulfilled internally,” Mulherin explains. Trauma Factory is rich in variation as a result. “I didn’t care if one song didn’t sound like another. I’m just making songs, and I’m going to throw them into a bag and give them to people.”

In spite of the hard times it was born out of, there’s a definite sense of alleviation to Trauma Factory, as though these songs have been begging to be uncorked. There’s raucous fun to be had, of course, especially on his collaboration with KennyHoopla and JUDGE, “blood.” But being unburdened from those expectations he used to set for himself also clears the way for some of his most emotionally cogent material to date, such as closing track “barely breathing,” and “real,” in which reflect upon the difficulties he’s faced with splintering clarity. “I have what I thought I wanted back when I was a kid, but I still feel as lonely as I did then,” he says. There’s no linearity to healing, and maybe he isn’t where he wants to be today. But you can bet that he’s going to keep working on getting there: “the search for true contentment and true peace continues.”

Meet Me @ The Altar present a new musical and cultural paradigm for pop punk. The Florida trio—Edith Johnson [vocals], Téa Campbell [guitar], and Ada Juarez [drums]—certainly rip just as hard as the forbearers who inspired them, but the group also speak from a position rarely, if ever, heard in the genre as proud women of color. 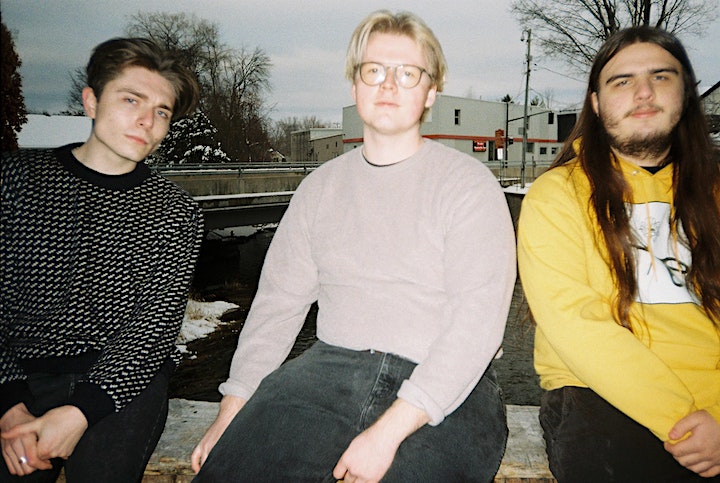 Emo three-piece Arm’s Length was formed in early 2019 in the small Canadian town of Belleville, Ontario when best friends Allen Steinberg (vocals, guitar) and Jeremy Whyte (vocals, guitar) finally began writing music together after years of knowing each other. Meeting at a Halloween party in 2015, it seemed like fate that two open-tuning slinging guitar players would ever cross paths in their tiny suburban town. Setting out to create a great new indie infused emo sound with shades of pop-punk, Arm’s Length has made huge waves in this scene with the releases of their first two EPs, What’s Mine Is Yours (2019) and Everything Nice (2021). With the release of Everything Nice, the band caught loads of attention online through various social platforms, and have landed reviews and editorials from Pitchfork, NPR, Brooklyn Vegan and more. The future is looking bright for the band as they gear up to write their first LP and start their touring journey in North America.