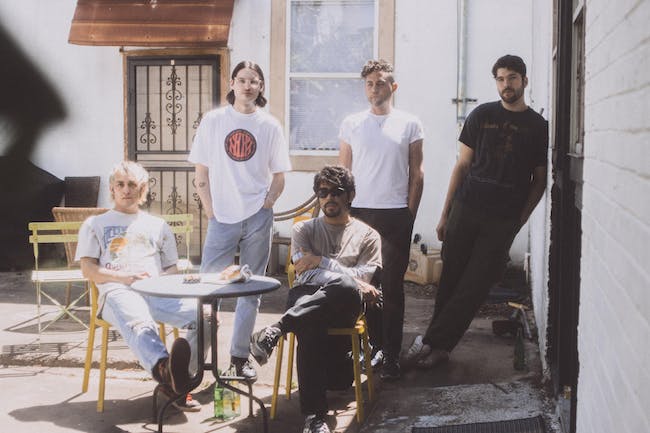 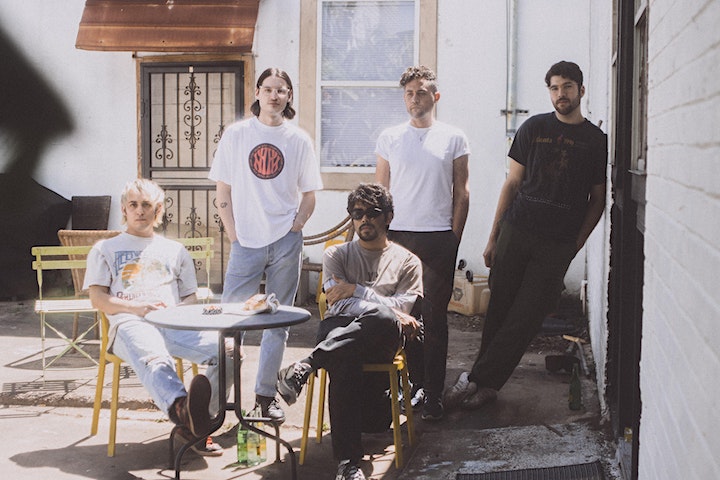 “Nobody has riffs anymore,” says founding member/vocalist/guitarist Jacob Duarte when asked about his approach on 12th House Rock, Narrow Head’s highly anticipated LP for Run for Cover due on August 28. “That’s the kind of band we are and to me, that’s just how you write songs. Drums, bass, guitar, vocals. Nothing else. There are no other instruments on the record.”

The Houston-based band’s latest entry is the distillation of the greatest moments in 90’s alternative and hard rock with a fresh set of ears, thirteen tracks of their signature brand of bludgeoning lullabies bursting at the seams with creative ideas, new directions and yes, massive, monolithic riffs. In between the sparkle and smash, open-hearted and emotionally naked songwriting showcases a core piece of the band’s identity– showcasing 12th House Rock as one of the best releases of 2020. “It’s the definitive work of Narrow Head,” proudly explains bassist Ryan Chavez. “Recorded in a studio over a month’s span, the way they used to do it. Not just for the sake of making it that way, but because it was the right way for us.”

Delving into deep-seated themes of self loathing, desolation, self-medication, the loss of loved ones and hopeful redemption,12th House Rock is, as the title suggests, a rock-focused LP themed on transition– exploring the vast abyss of darkness just before the sun cracks upon the horizon. “A lot of the record was made in the late hours and early morning,” recalls Duarte. ”Those quiet moments alone when utter silence and my self-medication made it impossible to escape from my own thoughts. It was also from a specific time when I didn’t take care of myself and made bad decisions in all aspects of my life. These songs were a way out, temporarily anyway.”

Duarte references specific songs on the record as touchstones within that dark period. “’Emmadazey’ and ‘Hard to Swallow’ were inspired by pharmaceuticals and when the people around you know that you’re making bad decisions but are afraid to tell you,” he reveals. “’Crankcase. is about staying up for days at a time, not eating and chain smoking.” Guitarist William Menjivar is also quick to add that “’Ponderosa’ is about big life choices and the empty feelings of ‘What if?’ thinking about whether or not your decision was the right one. In the end it doesn’t matter because you can never take it back.” Yet while all the songs follow explore the darkness, Menjivar adds emphatically that 12th House Rock “does have moments of optimism and sentimentality, so it’s not a completely dark record. Nostalgia is also something we want people to feel when they listen to this.”

Rising from the Texas underground scene, Narrow Head formed in 2013 but became fully realized as a band in Houston with the release of their 2016 debut LP Satisfaction and the lineup of Duarte, Menjivar and drummer Carson Wilcox. Playing in the Texas scene instilled a can-do attitude, an ability to explore several different ideas along with a strong set of DIY ethics, qualities that still form the basis of the band to this day. “Book your own shows, book your own tours,” details Duarte about the foundation of his musical viewpoint. ”I think that having other musical projects provided a scene for us to play too. Nobody else was looking at us, so we had to make our own scene.”

The band’s second and highly-anticipated LP 12th House Rock was self-produced and born of close to a hundred takes with no click track, vocal correction, drum samples or quantizing, resulting in thirteen testaments to pulverizing pop clocking in above 50 minutes. Initially only Duarte, Menjivar and Wilcox in 2018, the trio of old friends entered the studio with a batch of songs intending to write bass parts on the fly. “I have known Jacob and Carson since childhood and they are the most talented musicians– total prodigies,” states Menjivar. The three looked to build an LP that reflected current tastes as well as “music [they] looked up to as kids,” according to Menjivar, adding their own twist on the entirety of it.

Though the primary trio was present throughout the entire cycle, fate would intervene on bass as the undeniable chemistry between the band and then strictly producer Ryan Chavez led to his inclusion in Narrow Head. “Once we got in the studio and started recording demos for the album, I got along with them well and felt full of ideas on how to play bass for certain tracks,” explains Chavez. The newly minted four piece would handle the bulk of the remainder of the LP, bringing in Erica Miller of Big Bite/Casual Hex, vocalist/lyricist on “Delano Door,” and mastering guru Sarah Register to put the final touches on the record. Guitarist Kora Puckett (Bugg, ex-Sheer Mag), who previously logged hours as a live member in the tours preceding the LP, would join Narrow Head as a full-fledged member following the LP’s completion.

Using distorted guitars as their primary vehicle, Narrow Head’s wall of riffs add stark contrast to their best quality– deceptively sweet pop melodies that channel the lessons of My Bloody Valentine, Cocteau Twins, Helmet, Deftones and Guided by Voices all at once. “Distortion provides a harmonic sound that feels like static texture,” details Duarte. “It feels smooth while being loud and noisy at the same time. But some of our favorite bands don’t use distortion– all music inspires us. Loud rock is only the first part of our formula– this record is our take on music we like from the last 20 years.”

Yet despite whatever comparisons that can be made to guitar tone, mood, songwriting, timbre or virtually anything else, Narrow Head are quick to credit their native Houston, TX as the primary source for it all. “Houston is the greatest city on earth,” says Duarte emphatically. “People who know, know. In Houston, you have to give people a reason to pay attention to you.” With 12th House Rock, not only will Narrow Head have Houston’s attention, but the entire rock world as well. 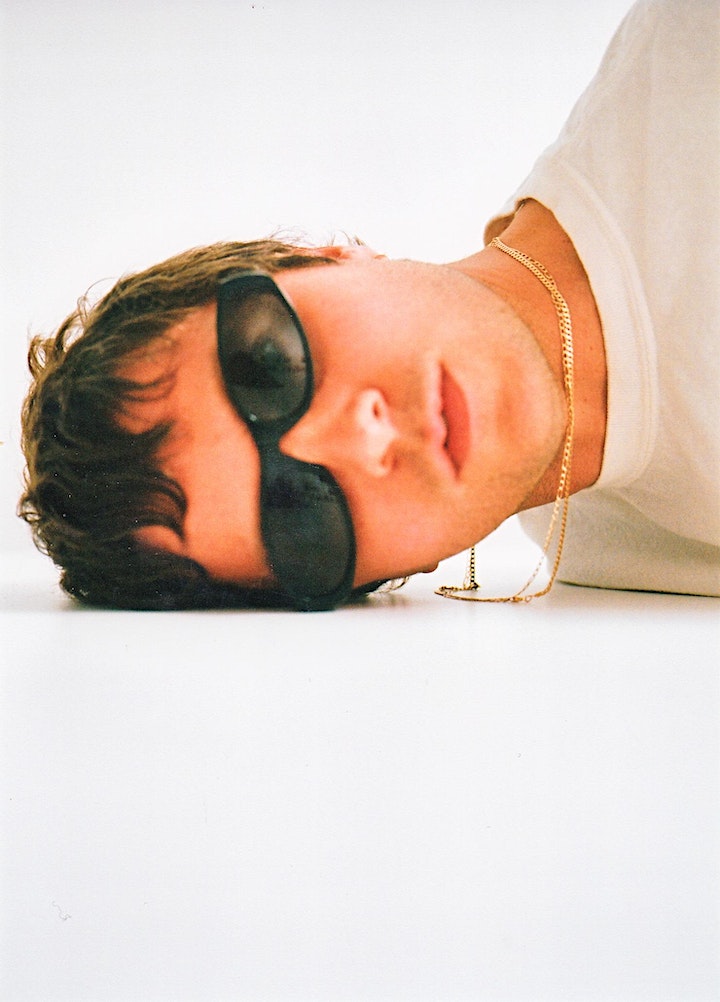 Ben Cook is a songwriter, a dedicated and prolific songwriter of rare talent. The real deal.

In the summer of 2018, he moved from his Toronto home to a sublet in Brooklyn, and there he began writing some of the best songs of his life.

GUV II, out on Run For Cover in late October, is a collection of pop music — staggeringly poignant and infectious pop music — written and recorded by Ben Cook throughout that New York City summer.  GUV II follows the eight tracks of the previously issued GUV I and completes the collection of songs Cook wrote during those inspired sessions.

Think of the contemporary guitar music that’s meant something to you in the last 18-odd years. Ben Cook has probably had something to do with making it or influencing it. Think of No Warning, which he’s fronted since he was in high school in the ’90s, who pioneered a self-aware, intertextual, and technically adept style of New York hardcore that has became a subgenre unto itself, dominating scenes all over the world for close two decades and counting. Think of Fucked Up, for which he’s played guitar since 2006, the aesthetically omnivorous, thematically ambitious punk-rock-deconstructing band-like entity that, unlike the bulk of their contemporaries in the late-2000s festival-circuit indie-rock boom, no one is ashamed of having associated themselves with. Think also of his behind-the-scenes presence, the co-writing and production work he’s done for a host of artists at all levels of renown (some of the names would surprise you).

But, for all that, the only place to hear music that belongs entirely to Ben Cook — music that comes into the world owing nothing to a bandmate or a client or a genre convention, whether affectionately observed or mordantly subverted — has been under the umbrella of Young Guv, or Young Governor, or Guv, or whatever he may at any given time have been calling the vehicle that, since 2008, has delivered a steady supply of singles and EPs, plus two previous full-lengths. Sometimes Young Guv songs have guitars and British Invasion harmonies; sometimes they have synths and modulated voices. But always they have choruses you’ll never forget and lyrics whose dry wit and acute depictions of intense human feeling never fail to knock you flat.

Ben Cook doesn’t like talking about his music but he understands it. “To me Young Guv songs are like people-watching in a foreign country in the morning,” he says, ever the master of the vivid metaphor. “I’m there and I’m trying not to cry from the overwhelming feeling of sadness and happiness.”

As it happened, when the new songs started coming in May 2018, Ben was in a foreign country, albeit one — the U.S.A. — where he knew his way around, and could speak the language, observe local custom, and blend in, effectively disappearing, into the streetscape, into thoughts and longings, and, inevitably, back into his Brooklyn apartment (he had to be close to the New Jersey studio where he was producing the new Terror record) in the confines of which he wrote a song every single day.

People-watching in a foreign country. Another way of putting that would be to say that Young Guv songs are about being alone. As the years have passed, as material and social conditions have conspired to make everyone feel increasingly alone, Ben has built a Guv discography out of invoking the desolation that arises when you’re isolated in physical and mental space but surrounded nonetheless by millions of other isolated, solitary people, literally any one of whom you could, for all you know, love with all your heart for the rest of your life, but almost none of whom, you’re forced to admit, will become anything more than a briefly transfixing stranger, at best a wraith that recurrently haunts your dreams.

The city told him, in its aloof way, that a great record was waiting to be written and, most important, to be offered like a bouquet of flowers to the people of the world, in a humble act of love and communion. Ben’s been a true songwriter long enough to have recognized, and heeded, the coded command when it came. He’s since moved back to NYC and plans to stay awhile.