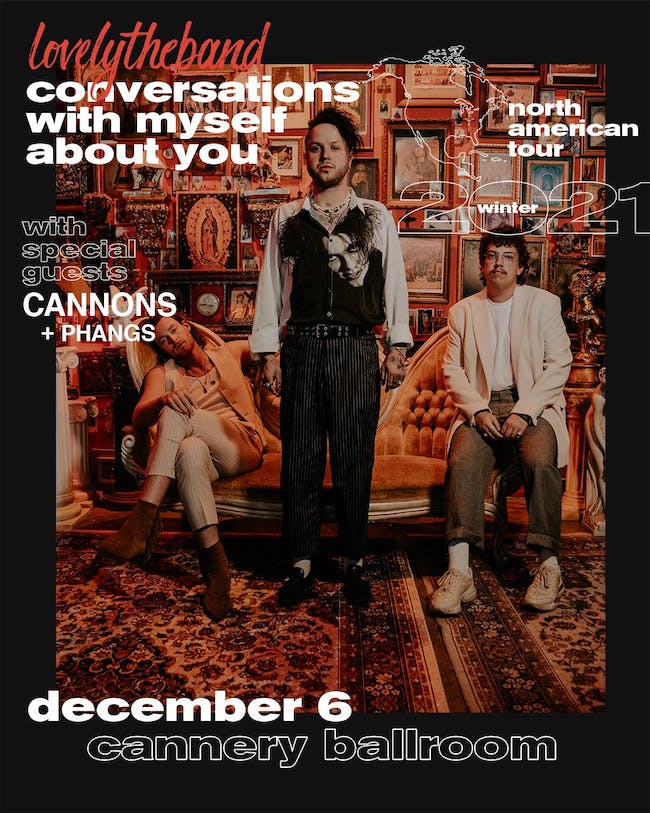 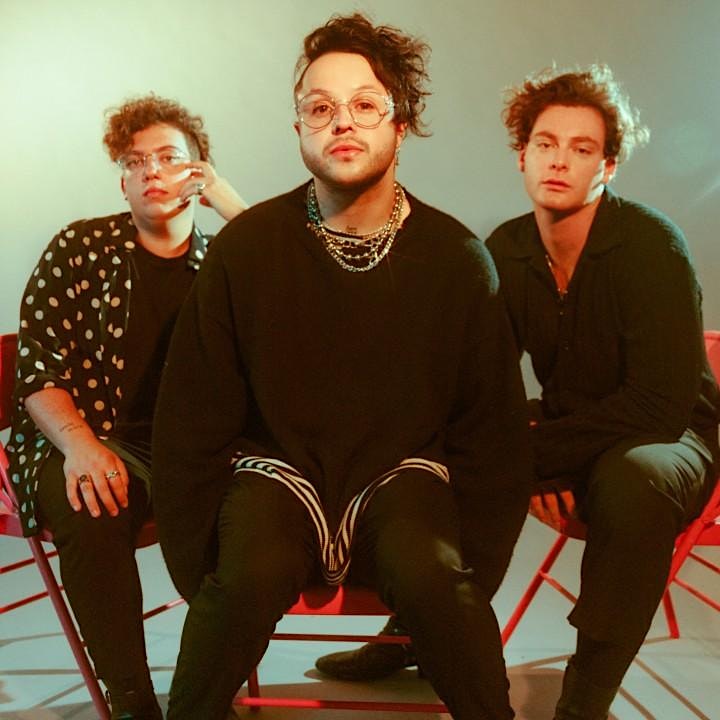 Music gives a voice to those who need it when they need it the most. Our favorite artists say the difficult things out loud, so we don't have to -- but can learn how to.

By the same token, lovelytheband translate emotions, anxieties, and feelings into lush, layered, and lively indie pop anthems. When the band was founded by lead singer Mitchy Collins, guitarist Jordan Greenwald and drummer Sam Price in 2017, the trio maintain a lasting connection to listeners by holding nothing back.

"I really believe the importance of songwriting is saying something when someone else doesn't know how to," affirms Mitchy. "In the songs, I'm talking about life, trials, tribulations, depression, anxiety, and shit I deal with as well as the headaches that come along with the good and bad days. My problems don't define me, but we should embrace every side of who we are. The message is, 'Everything will be fine.'"

This message immediately resonated among audiences everywhere. A centerpiece of the everything I could never say... EP, the group's debut single "broken" caught fire as "the longest running #1 track on Alternative Radio thus far in 2018" with six weeks at the top. In under a year, it amassed 25 million total global streams. BuzzFeed summed it up as "So. Damn. Good." Billboard proclaimed the group among "10 Rock & Alternative Artists to Watch in 2018" as they supported Vance Joy and AWOLNATION on tour between headlining dates everywhere. Everything paved the way for the arrival of the band's first full-length, finding it hard to smile [RED MUSIC]. Produced by "broken" collaborator Christian Medice, these 16 tracks entrance, engage, and enchant, offsetting shimmering keys, sweeping synths, and spacey guitars with cathartic, compelling, and catchy choruses.

The title speaks directly to its thematic push-and-pull.

"finding it hard to smile touches on my life," says Mitchy. "There are days when it's hard to even walk out of my front door or get out of bed. So, you find the will to power through, call on your friends, and rely on loved ones to pick you up when you're down and bring magic out of you. A lot of the record is about embracing who you are as well as dealing with relationships, breakups, nostalgia, and unrequited love. It's really introspective for me."

"I was walking around Los Angeles one day thinking," he recalls. "I left a party where I had a really good time at. Right after, I wrote the main lyric in my phone. I held onto it for a little while, but it eventually turned into a song about wanting love and wanting to fit in. I brought it to the guys in the studio, and they really took it to the next level. It becomes a lovelytheband song when everyone is on it."

Whether it's the feedback buzz and 808 rush of "pity party" or orchestral ambiance on "alone time," the soundscapes mirror the emotional ebb and flow encoded in the lyrics. Elsewhere, the intimate "maybe i'm afraid" unveils an infectious confession as the band admits their fears without filter.

"It's one of my proudest moments as a songwriter," says the frontman. "It turned into the story of relationship. You're in it. You know things are beautiful, but you're scared to commit to the other personal. I think a lot of people struggle with the same thing. It feels relatable."

As they round out 2018 on a headlining tour and hitting the stages of Lollapalooza, the Billboard Hot 100 Festival, and more, lovelytheband's voice will only get dramatically louder.

"I hope when you listen to it, you can find some solace or reassurance," Mitchy leaves off.

"Maybe you didn't know how to communicate something aloud, and it helps for us to talk about it. Hearing it might inspire you to make a move. Music moved me and gave me a little hope as a kid. I hope you can take away something from this in the same way my favorite records helped me. That would be my biggest goal with lovelytheband." 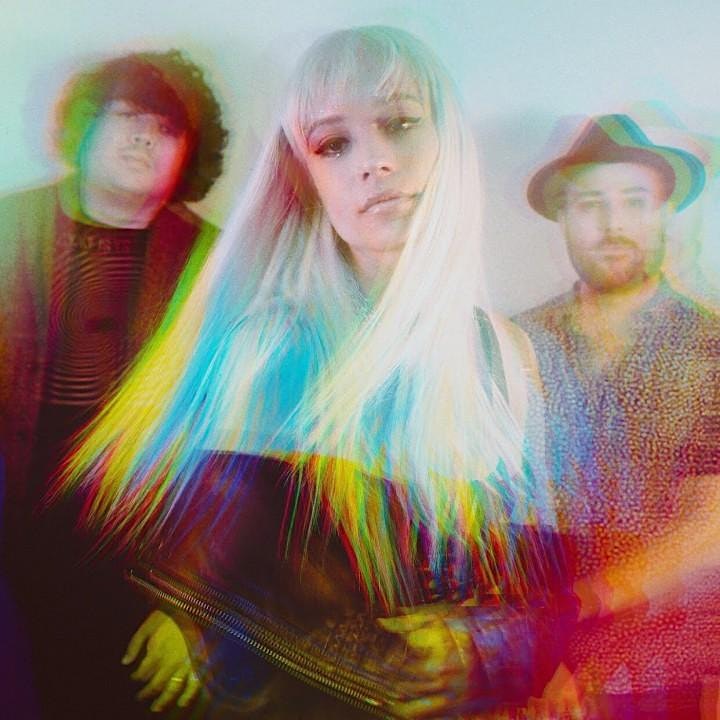 Since the release of their debut EP Up All Night in 2014, Los Angeles-based Cannons have become one of the world's most-beloved genre-bending bands. Cannons originally formed in 2013, when childhood friends Ryan Clapham and Paul Davis met Michelle Joy. The two grew up on the same street in Santa Clarita, CA and had been trying to start a band for years, but nothing had quite clicked until their paths crossed hers. Michelle's effortless vocals melded perfectly with Ryan and Paul's densely layered productions.

The band's unique blend of '70s grooves and '80s electro-funk creates a dreamy and melodic world of its own that has attracted passionate fans from around the world. They originally found support in LA, where they became favorites among KCRW DJs and saw their music licensed all over television, eventually hitting the No.1 spot on Billboard's Top TV Songs chart for May 2020, after the single "Fire For You" appeared on Netflix's original series Never Have I Ever, while simultaneously making Billboard's Hot Dance/Electronic Songs chart for five weeks straight.

With a slew of EPs, 2017's album Night Drive and 2019's Shadows behind them, Cannons have been hard at work perfecting their brand of electro-pop. Shadows is full of pulsing baselines, reverb-soaked guitars and Michelle's hypnotic vocals. On standouts like "Fire For You" and "Talk Talk," they perfectly capture that feeling of sunset joyriding. 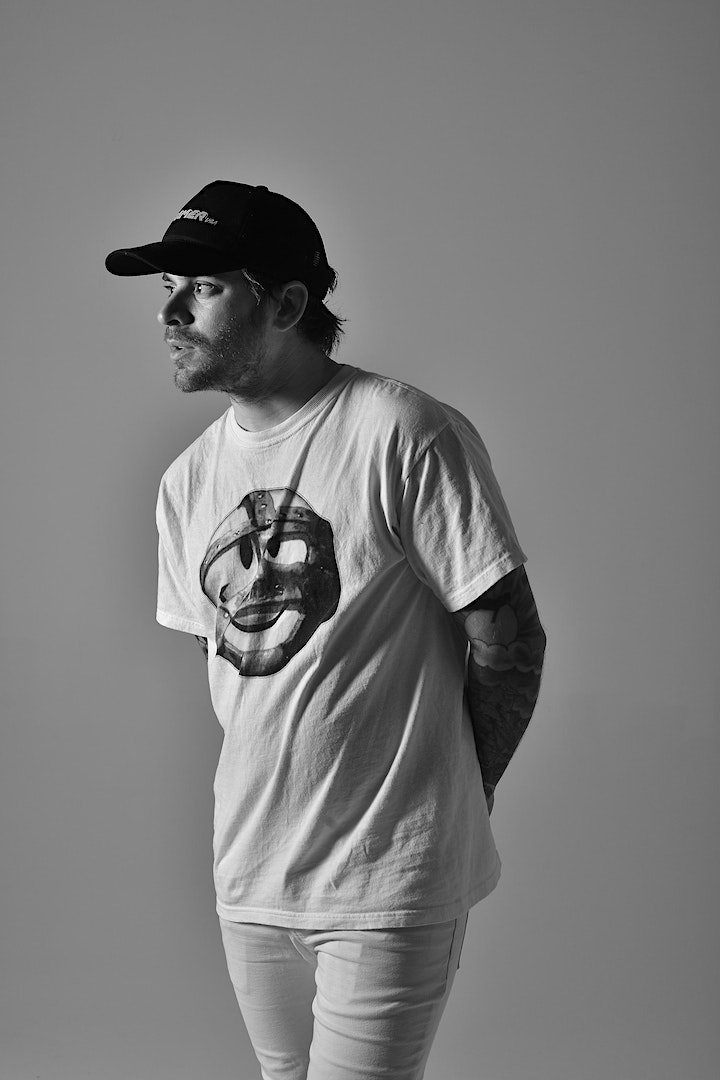 Electrifying up and coming pop act, PHANGS, is back with the right vibes for sunny days, rainy nights, and everything in between. Hailing from Nashville, PHANGS adds a swirl of synths atop bombastic rhythms to turn a room full of wallflowers into a family that accepts all. A touring machine that has shared the stage with acts like NIGHTLY and Tessa Violet, PHANGS is receiving critical praise across the industry, validating him as a rising act!