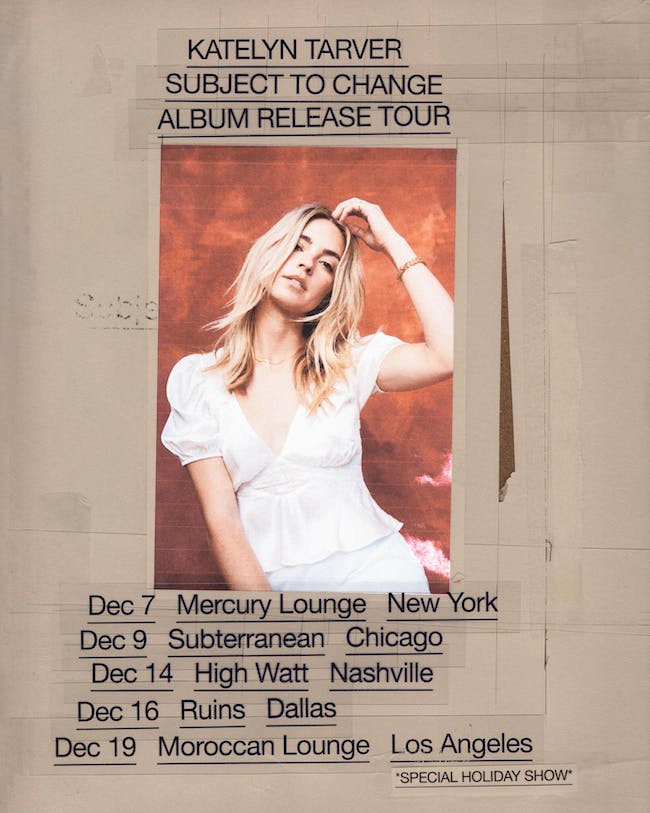 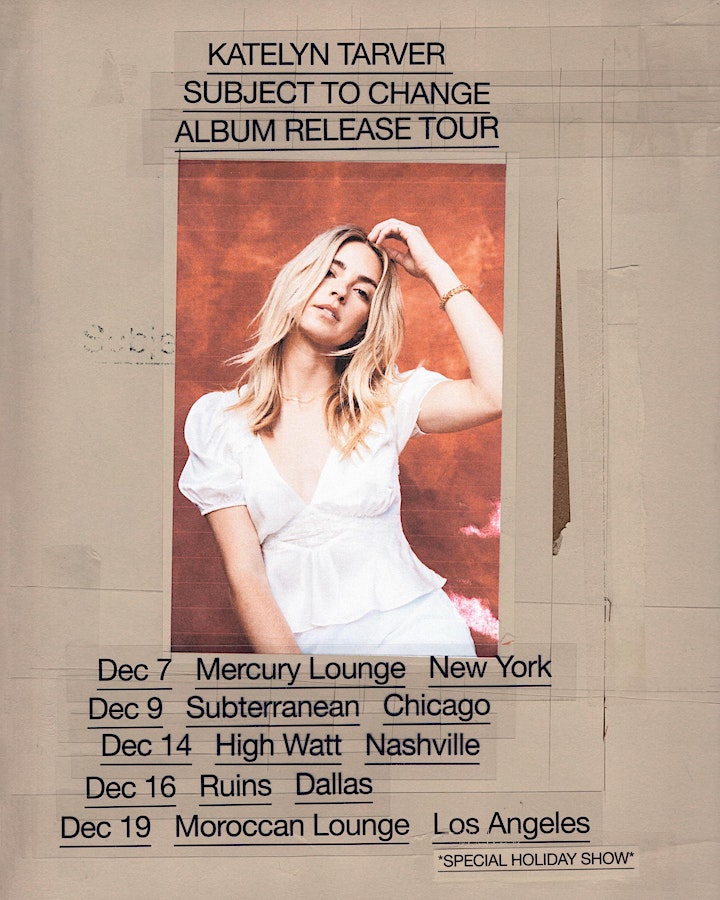 With her radiant voice and soul-baring songwriting, Katelyn Tarver delivers a finespun brand of indie-pop that’s both intensely vulnerable and powerfully cathartic. After getting her start performing in prestigious talent competitions as a child growing up in Glennville, Georgia (a tiny rural town where her family owned a candy factory), she moved to Los Angeles at age 19 to pursue a career in the entertainment industry. Also an accomplished actor, Tarver promptly made her TV debut with a recurring role on Nickelodeon’s “Big Time Rush,” then began independently releasing her music while penning songs for other artists. In 2014 she experienced a major breakthrough when “Crazy Stupid Love” (a song she’d co-written for British pop star Cheryl) shot to #1 on the UK Singles Chart. Tarver soon made her debut as an artist with the 2017 single “Weekend Millionaires,” a much-buzzed-about track that later appeared on her Tired Eyes EP. Created with famed producer Ludwig Göransson (HAIM, Childish Gambino, Alicia Keys), Tired Eyes also featured “You Don’t Know,” a heart-melting ballad whose viral live video has amassed over 55 million views to date. With her acclaimed EP Kool Aid arriving in 2018, Tarver next acted alongside Dwayne “The Rock” Johnson in the fourth season of HBO’s “Ballers,” and in 2019 was selected by Ryan Tedder, Shane McAnally, and Ester Dean as the winner of her episode of NBC’s “Songland.” On her forthcoming album Subject to Change, Tarver embarks on a bold new era in her musical evolution, setting her exacting self-reflection to a gorgeously nuanced sound. 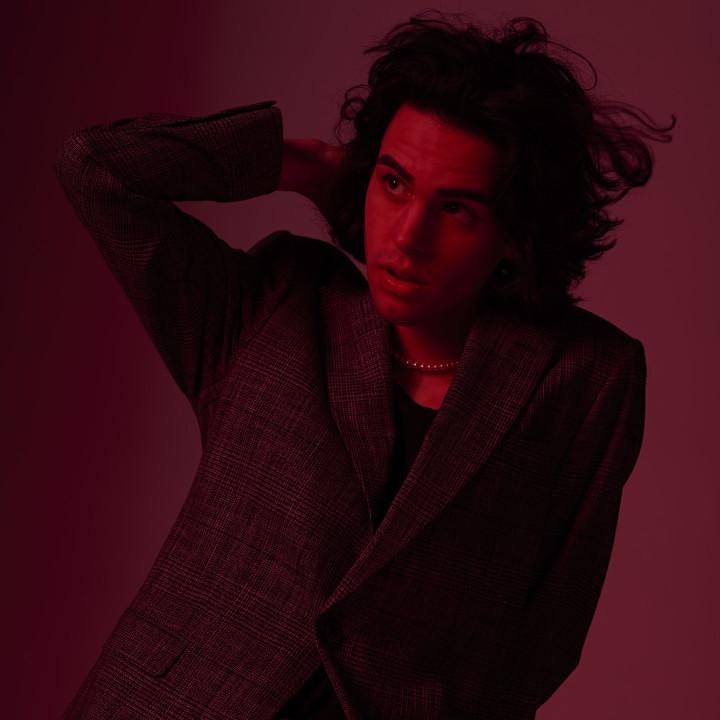 Stephen Sanchez is an 18-year-old singer-songwriter from Northern California. Stephen has been writing songs for the last few years from his bedroom. He recently posted a video singing his original song, "Lady by the Sea," on TikTok. After getting 2 million views and 480,000 likes on the video, he got a record deal from Republic Records. Stephen recently moved to Nashville, where he is currently recording his debut EP.