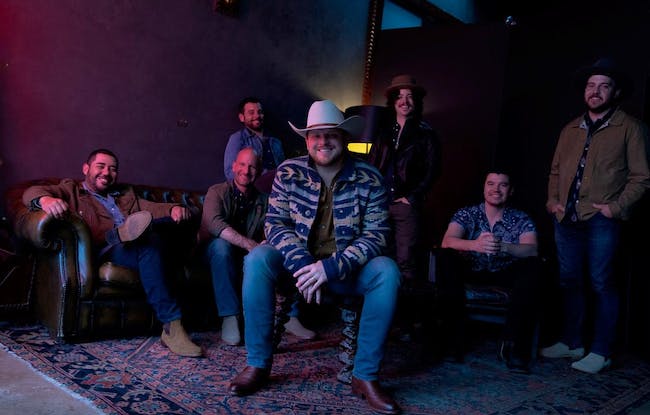 As Josh Abbott Band moved into the final stages of work on Until My Voice Goes Out, lead singer Josh Abbott’s personal life took a couple significant twists that underscored where JAB finds itself professionally. Abbott’s father suffered a stroke while the album was being recorded, and Josh split his time between the studio and the hospital bedside, finishing all the lead vocals shortly before his dad passed away. Two months later, Josh welcomed his first child into the world.

Those developments in the spring of 2017 nutshelled the circle of life, and in a way, that’s how Until My Voice Goes Out operates. As the band observes 10 years since recording its first single, “Taste,” Voice finds the seven-piece Texas ensemble ending one chapter and beginning another. Its last album, the dramatic Front Row Seat, encapsulated the life cycle of a relationship, from its passionate start to its heartbreaking conclusion. It was a summary document of events from the past.

Until My Voice Goes Out is, by contrast, a hopeful look into the future, a roll-up-the-sleeves-and-moveforward embrace of life and its potential.

“This album is about appreciating the moment and your family and your friends, and living life the right way,” Abbott says. “It’s really all about finding clarity and focusing on what’s important.”

Experiencing life at its fullest includes taking risks, and Josh Abbott Band does that successfully in Until My Voice Goes Out, incorporating strings and a horn section for the first time. The approach layered both a glassy classicism and a ragged soul on the well-oiled JAB framework. Arranger Rob Mathes – noted for his work with Tony Bennett, Sting and Bruce Springsteen – worked up a handful of mood-setting string preludes and added to JAB’s range by, for example, weaving classy, dancing violins into “Girl Down In Texas” alongside Austin Davis’ plucky banjo and drummer Edward Villanueva’s firm backbeat. Mathes lathered a thick, Memphis-soul layer atop “Texas Women, Tennessee Whiskey” and threw a buzzing baritone sax under “Whiskey Tango Foxtrot,” with the Austin-based horn section Groove Line carrying it out in thick precision.

“The guys were really hesitant that this would work,” Abbott concedes, “but I just said, ‘Look, let’s take another bold leap of faith here. Let’s go in the studio and record these songs and kick ass, the way we would make a normal album, but once we’re done making the cake, let’s see if the horns and the strings can put the icing on it.’ The band still recorded an album that sounds like us. You still have the banjo and a lot of fun, upbeat stuff and some really pretty love songs, and that’s core to JAB (Josh Abbott Band). That’s how we got our start.”

The genesis of JAB was almost non-descript. Abbott and Davis, frat brothers at Texas Tech University, performed at a couple of open-mic nights at the Blue Light Live in Lubbock. Those dates gave the two budding musicians “the bug,” and they grew their duo into a full-fledged band. Villanueva and fiddler Preston Wait were the first of the current lineup to join, followed by bass player James Hertless and guitarist Caleb Keeter in 2010, and keyboard player David Fralin in 2015.

Texas’ red-dirt scene provides a wealth of touring opportunities for young bands, and JAB made the most of it, quickly vaulting into the upper realms of the state’s live acts with a raucous, raw sound and a certain unpredictability. Once “Taste” appeared on radio stations across the Lone Star State, audiences came out to hear – and sing along with – that song and a wealth of hooky, accessible titles on Scapegoat and their 2010 breakthrough, She’s Like Texas, both released on the band’s own indie label, the appropriately named Pretty Damn Tough Records.

JAB likewise flirted with an established label, though it became self-evident that the band was better suited as an independent.

“We control creative content and timelines and images and everything else,” Abbott says. “We get to shape our own narrative and projection and business plans. I feel like we, as a band, have gotten to a place in our lives where we’re just so happy doing what we’re doing.”

Celebration is at the center of Until My Voice Goes Out, and it’s underscored in “The Night Is Ours,” a percolating track that finds human breath pulsing through the horn section while Wait delivers a bristling fiddle solo and Davis adds a natty banjo run. The band explores love, music and the world at large with an emphatic boldness: “Life is good, love is great, friends are rare and the night is ours.”

They arrived at that upbeat viewpoint with the assistance of producer Dwight Baker (Wind + the Wave, Bob Schneider), who first teamed with JAB on Front Row Seat. Baker brought an ease to the artist/producer relationship that allowed the band to safely walk the line on both albums between risk and continuity.

“He just gets us,” Abbott says. “We feel super comfortable working with Dwight. He adds an element to our band because he gets our vibe for sure, and he also understands music and is willing to try different approaches.”

The horns and strings, in fact, were the result of an informal brainstorming session between Abbott and Baker. It was a new wrinkle to the group’s identity, and they knew that balance would be key.

“We really had to mix the album where you hear the strings and horns, but they never overpower the sonic palate,” Abbott says.

While those instruments are rather foreign to modern country, the horns in particular represent a full-circle turn. Bob Wills & His Texas Playboys employed sax and trumpet as he established the classic western-swing sound in the Texas Hill Country, the same area where JAB is now based.

“Merle Haggard used horns, too,” Abbott notes. “It’s something that got really popular in part of the ‘80s with some of the country movement and specifically some of the Texas and Oklahoma guys. So we felt pretty comfortable with the horns being there and providing a little bit of fun.”

Mathes’ preludes became an important emotional glue for the project, and the titles that bookend the project – “An Appreciation of Life” and “Farewell Father” – helped bring a cohesiveness to the album and its back story. Mathes had already composed those sections and JAB was in the midst of recording when Abbott’s father suffered a stroke. Josh naturally went to his dad’s side in Lubbock, and the band forged on without him. “Farewell Father” – which follows Abbott’s quivering, ultra-personal performance of “Ain’t My Daddy’s Town” – became the perfect epilogue for the album, which is dedicated to David Abbott.

Josh briefly returned to Austin to cut the master vocals in a single day. He brought the recordings with him when he went back to Lubbock, and “Until My Voice Goes Out” was the last song that David heard during his lifetime.

“Sometimes things just work the way they’re supposed to work,” Josh says. “I didn’t write that song for my dad, but in a way, maybe without me knowing, I did. It fits my life now, and in his absence, I couldn’t be more grateful for that song and that album title.”

“Until My Voice Gives Out” is, after all, a song about embracing life lessons learned and using them to make a better future. Josh Abbott intends to do that in a way that supports his daughter, who arrived as JAB completed the album. And the band is making a statement through that song – and through the entire risktaking album – about its continued growth and evolution as it moves forward, a decade after that first single gave Texas a taste of JAB’s brand of country. Through its time on the road and its growth from college-aged hellraisers into successful, self-employed musicians, Josh Abbott Band has been tested thoroughly and discovered that life’s joy comes not from playing it safe, but from taking chances and from tackling hurdles head-on.

“I feel like we’re way better than we were 10 years ago, and that’s natural,” Abbott says.

“There’s a good vibe among all of us, and a lot of familiarity, so there’s a lot of trust, which is a very simple word but very complex sometimes. There’s no ego. There’s just a group of guys working together, letting each other kind of do their own thing and loving life again.” 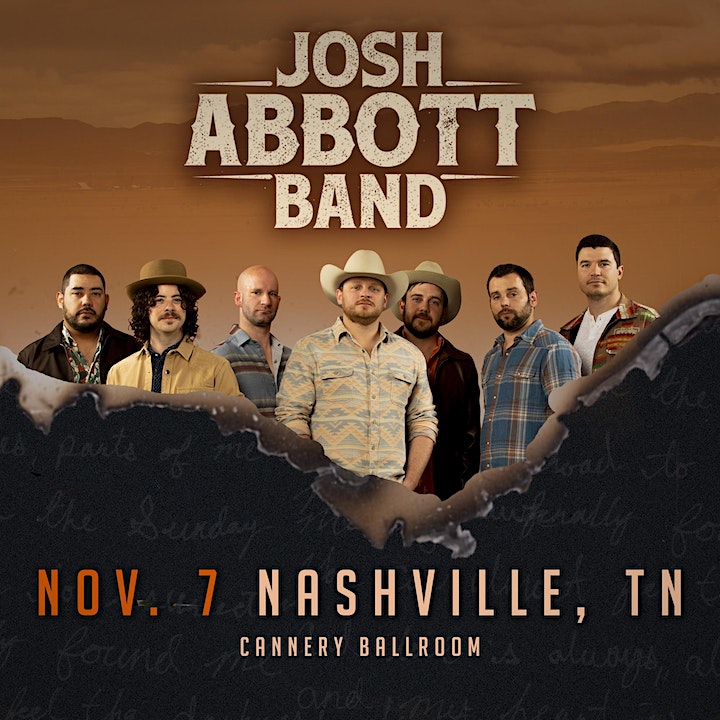