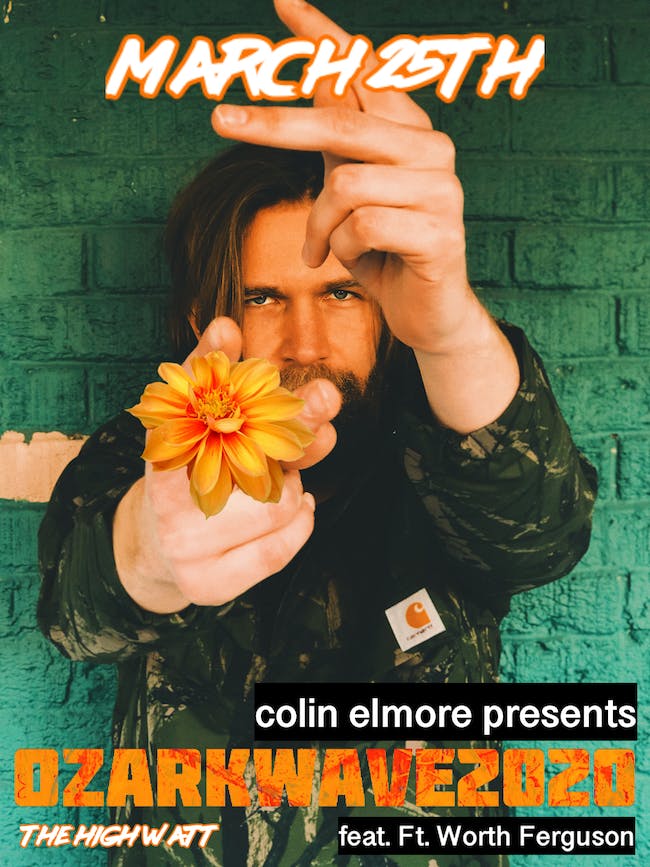 Hailing from Willow Springs, Missouri, the now East Nashvillian Colin Elmore blends Ozark country with experimental pop. His lust for unconventional sound and visuals paired with his sensually profound songwriting and undeniable charm make him a talent that is unmatched. Whether he’s serenading with an intimate, heart wrenching ballad or a whimsically nostalgic uptempo song, there is no denying his love for the craft. From a young age, surrounded by an atmosphere rich in the musical heritage and storytelling tradition of the Ozark Hills, Elmore began writing original music at 16 - incorporating a range of traditional and modern influences. The future looks bright and undeniably colorful for this Ozarkian music man. Currently, Elmore is staying busy perfecting his craft, writing with as many unconventionally creative minds as he can find and playing shows in and outside of Nashville. Elmore eventually caught the attention of Jim Catino, the Executive Vice President of A&R for Sony Music Nashville, who signed him to a developmental deal. “I’ve always liked country music, but had no real intentions of climbing that ladder,” Elmore said. “Either way, he saw something in me. I guess behind the ratty clothes, the cigarettes, and occasional appetite for self-destruction, he thought I might have a story to tell. I guess I’ve got a few.” Elmore also signed with WME and inked a publishing deal with Wrensong/Reynsong Entertainment.